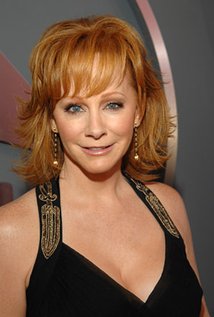 The two-hour holiday music celebration airs on ABC and will feature performances by McEntire and a lineup of today’s best in Country sharing their favorite sounds of the season.

The 2017 edition of CMA Country Christmas will premiere on Monday, November 27th (8/7C).

Tickets for November 14 Taping at the Grand Ole Opry House in Nashville on Sale Friday, October 6, at Opry.com

Country Music queen Reba McEntire will debut as host for the eighth annual “CMA Country Christmas” event from Nashville’s famed Grand Ole Opry House on MONDAY, NOVEMBER 27, 8/7C. The two-hour holiday music celebration airs on The ABC Television Network and will feature performances by McEntire and a lineup of today’s best in Country sharing their favorite sounds of the season.

“Christmas is such a special time. It reminds me of growing up in Oklahoma and singing carols with my family,” said McEntire. “I’m just tickled to join a group of some of my best Country buddies onstage to celebrate the holiday season. This is where my love of music began.”

Tickets for the November 14 taping of “CMA Country Christmas” go on sale Friday, October 6, at Opry.com. Artist performer lineup to be announced soon.

“CMA Country Christmas” is a production of the Country Music Association. Robert Deaton is the executive producer; Paul Miller is the director; and Jon Macks is the writer.