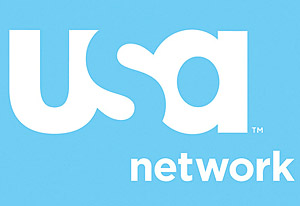 PARADISE PICTURES is about ambitious people striving to get to the top in 1940s Hollywood, when the dream factory was at its peak.  Little do they know the challenges they’re about to face: the end of studio monopolies, the blacklist and the new disruptive technology of television.  From Universal Cable Productions, PARADISE PICTURES is written by Rick Muirragui (SUITS).  Muirragui executive produces the project along with SUITS creator Aaron Korsh.

When a neurotic family man buys an online “smart pill” to increase his focus and jolt him out of his slump, he gets much more than he bargained for.  To his surprise, the pill gives him incredible strength and power.  The project examines both the mighty highs and humiliating lows of being a real-life super hero.  AMPED is based on the characters created for an upcoming comic book by Eric Kripke (“Supernatural,” “Revolution”) for DC Entertainment’s Vertigo imprint.  Kripke will serve as executive producer/writer of AMPED, from Kripke Enterprises in association with Warner Horizon Television.

THE TAP takes place at Yale University in 1969 and explores the height of America’s cultural and political revolutions as one of its students, Jay Butler, is simultaneously recruited into the country’s two most secretive and powerful organizations, the CIA and Skull and Bones.  THE TAP is written and executive produced by Andrew Lenchewski (ROYAL PAINS) and Aaron Tracy (“Law & Order: SVU”).  Rob Reiner (“When Harry Met Sally”), Alan Greisman (“The Bucket List”) and Charlie Ebersol (“The Profit”) will also executive produce, with Reiner attached to direct.  This historical spy thriller is from Universal Cable Productions.

MYTHOS is a serialized adventure in which everything we believe to be myth turns out to be a guarded truth that has been concealed by members of two opposing groups — each with differing agendas for the fate of humanity.  Caught in the middle is Nate Brigman, an ordinary man thrust into an extraordinary situation by the mysterious disappearance of his wife.  This high stakes drama from Universal Cable Productions, is written by Spenser Cohen (“Macklemore’s Big Surprise”) and executive produced by Charlize Theron (“Monster”) and Laverne McKinnon (“CSI: Miami,”) from Denver & Delilah Productions, along with Anna Halberg (“Inner Demons”).

Written and executive produced by Carey and Shane Van Dyke (“Chernobyl Diaries”), AWOL deals with the gritty world of an ex-military operative who, after returning home, experiences trouble re-entering the real world and providing for his family.  Desperate, he gets involved with the criminal underbelly of Los Angeles where he utilizes his military expertise in an unexpected way.  AWOL is executive produced by Len Wiseman (“Sleepy Hollow,” “Total Recall”), Mike Connolly (“Hemlock Grove”) and Andrew Plotkin (“Related”).  Wiseman is also attached to direct.  The project comes from Fox 21 Television Studios.

Based on Karen Russell’s best-selling novel and Pulitzer Prize finalist, SWAMPLANDIA! is an offbeat family drama that centers on the Bigtrees, owners of Florida’s top alligator-wrestling theme park.  The family is reeling from a recent tragedy and is struggling to maintain its livelihood when a competitor moves in across the swamp.  Liz Tigelaar (“Life Unexpected”) is adapting the novel and executive producing the project.  Barry Sonnenfeld (“Men in Black” franchise) will also executive produce and is attached to direct.  Russell will serve as executive consultant.  SWAMPLANDIA! hails from Tigelaar’s Best Day Ever, in association with Warner Horizon Television.

An homage to the decade that ushered in modern television, COOLEY & THE TANK goes behind-the-scenes of the fictional 1981 detective drama of the same name to explore the complicated lives of its two feuding stars.  Daniel Arkin (SUITS, “Alias”) is writing the pilot script with Anton Cropper (SUITS).  Arkin and Cropper will executive produce with Rain Management’s Jonathan Baruch and Rob Wolken.  Cropper is also attached to direct.  The project is from Universal Cable Productions.

Two best friends, a Wall Street broker and a struggling entrepreneur, team up to capitalize on the newly legalized cannabis enterprise in Colorado.  The series follows the young duo as they enter into this highly lucrative growth industry, but their new venture is not without its obstacles such as dangerous criminals and stringent law enforcement.  From writer and executive producer Josh Parkinson (“Eastbound & Down”) and executive producers Lorenzo di Bonaventura (“Transformers” franchise) and Dan McDermott (“Zero Hour,” “Human Target”), MILE HIGH is from Legendary Television and Universal Cable Productions.

Based on the book by Wall Street executive Alexandra Lebenthal, RECESSIONISTAS is an ensemble drama that follows a group of elite Manhattan women and their ruthless Wall Street husbands as they adjust to the new world order in the wake of the 2008 financial collapse.  From Universal Cable Productions and writer/co-executive producer Melissa London Hilfers and executive producers Alan Gasmer (“Vikings”) and Peter Jaysen, RECESSIONISTAS is being developed as a limited series.

Dwayne “The Rock” Johnson (WWE, “Furious 7”) and Dany Garcia sign on to develop and executive produce an unscripted television series for USA Network.  The project is from Garcia and Johnson’s 7 Bucks Productions.

These development projects join USA’s previously announced pilot commitment for the hour-long drama SHOOTER.  Based on the best-selling Bob Lee Swagger novel by Stephen Hunter, Point of Impact, and the 2007 Paramount film starring Mark Wahlberg, SHOOTER is an action series about a highly decorated Marine sniper who is on the run after being falsely accused of trying to kill the President.  The co-production with Paramount Television and Universal Cable Productions comes from executive producers Mark Wahlberg (“Boardwalk Empire,” “Entourage”) of Closest to the Hole Productions, Stephen Levinson (“Boardwalk Empire,” “Entourage”) of Leverage Entertainment, and Lorenzo di Bonaventura (“Transformers,” “Zero Hour”).  John Hlavin (“The Shield”) wrote the pilot script.

USA Network also recently announced a pilot pick-up for the mind-bending thriller FALLING WATER, written and co-created by Blake Masters (“2 Guns”) and the late Emmy Award-winner Henry Bromell (“Homeland”), and executive produced by Gale Anne Hurd (“The Walking Dead”).  The project is from Universal Cable Productions and joins the previously announced Fox 21 Television Studios pilot QUEEN OF THE SOUTH, which remains in contention.