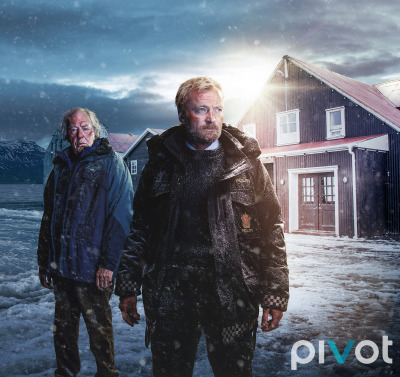 The dark drama series, which features psychological and thriller elements,  follows the residents of the Arctic town of Fortitude, a place unlike any other place on Earth. Surrounded by the savage beauty of the polar landscape, Fortitude is a close-knit community whose future sparkles with the promise of Arctic opportunity, development, wealth, and discovery. There has never been a violent crime in Fortitude but the town is shaken to its core by the brutal murder of a research scientist. Above-average temperatures lead to a record ice melt revealing secrets long since hidden beneath the frozen landscape. As the endless nights give way to the cold Arctic darkness of winter, the police find reasons to suspect and mistrust each other – and the community struggles to make sense of the terror that has been unleashed among its residents.

Follow the link to check out the teaser:  http://www.pivot.tv/shows/fortitude

Fortitude, a Sky/Pivot Original Series, is created, written, and executive produced by Simon Donald. The series is produced by Fifty Fathoms Productions, which sits under the umbrella of Tiger Aspect and Endemol, for Sky Atlantic HD.