Entertainment News for The Rest of Us
Brian Sittner
Video Games 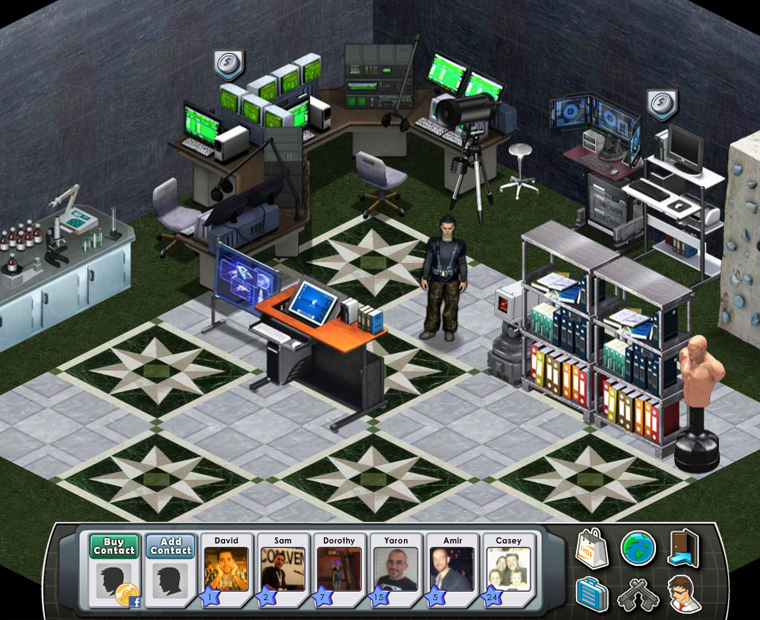 Today is a great day for those that enjoy the Mission Impossible movies and playing games on Facebook. Paramount Pictures has teamed up with Funtactix to bring those fans a great gaming experience on Facebook. More details from the press release after the jump:

Join the World as a Secret Agent and Gain Access to Exclusive Movie Content and Promotions Including a Chance to Attend the U.S. Premiere of the Upcoming Paramount Pictures film Mission: Impossible – Ghost Protocol

Mission: Impossible The Game casts players in the leading role of an underground secret agent who must assemble a team of covert agents, unlock state-of-the-art gadgets and equipment and collect classified intel through secret rendezvous in order to build an outfit ready to complete elaborate operations in exotic locales around the world. Featuring eight exciting stories, over 200 missions and set in 50 global locations, Mission: Impossible The Game truly captures the essence of what it means to be part of the Impossible Missions Force.

“Mission: Impossible The Game goes well beyond a typical social game and brings an unprecedented level of detail and authenticity,” said Sam Glassenberg, CEO of Funtactix. “It allows fans of the action-packed Mission: Impossible movies to create an agent in the official M:I universe and live a life of espionage and covert operations with their real-life friends as accomplices.”

Full details and restrictions on these prizes and how to enter are available in the Official Rules provided in the game. No purchase is necessary to enter or win.

Mission: Impossible – The Game is developed and published by Funtactix and marks the second game collaboration with Paramount Pictures. In March 2011 the companies teamed up to release Rango: The WORLD, the online multiplayer game that launched day-and-date with Paramount Pictures/Nickelodeon Moviesanimated feature film Rango.

Founded in 2006, Funtactix is a pioneer in web-based gaming. Led by industry veterans, the Funtactix team champions a streamlined production approach: delivering highly-innovative gaming experiences on rapid production timelines with tight community iteration. Funtactix works with leading entertainment companies to deliver visually stunning, microtransaction-based online games and worlds around leading media franchises, unlocking the value of IP assets in a way that is loyal to the brand. The company’s achievements include release of the first in-browser multiplayer action gaming universe (Moondo) in 2008, and in 2011, the first online game to launch day-and-date with a feature film (Rango: The World) as part of a multi-title deal with Paramount Pictures. Funtactix also holds a multi-title deal with Warner Music Group to create and release online multi-player social games for select Warner artists. Funtactix is backed by Jerusalem Venture Partners, and is based out of New York with development studios in Jerusalem, Tel Aviv, and Los Angeles.

Blamed for the terrorist bombing of the Kremlin, IMF operative Ethan Hunt is disavowed along with the rest of the agency when the President initiates “Ghost Protocol.” Left without any resources or backup, Ethan must find a way to clear his agency’s name and prevent another attack. To complicate matters further, Ethan is forced to embark on this mission with a team of fellow IMF fugitives whose personal motives he does not fully know.

For more information about Funtactix and Mission: Impossible – The Game, please visit http://missionimpossiblethegame.com/