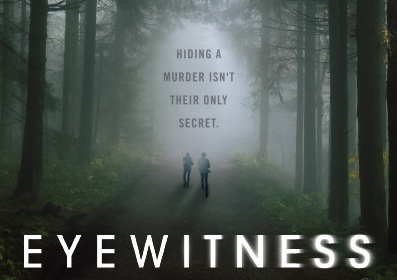 USA Network will air the final four episodes on Sunday nights at 10/9C).

EPISODE 2: “BLESS THE BEAST AND THE CHILDREN”
As Philip and Lukas find haunting proof that the killer’s alive, Helen struggles not to let the case affect her marriage with Gabe. Meanwhile, a new head of the FBI task force is revealed.
EPISODE 3: “BELLA BELLA BELLA”
Helen seeks Agent Kamilah Davis’s help in tracking potential witness Bella. Meanwhile, the boys skip school and escape to a NYC club that isn’t anything like Lukas expected.

EPISODE 4: CRÈME BRULÉE
As Ryan attempts to shut down her case, Helen and Gabe’s marriage is tested when her suspicions lead Philip to reveal a deep secret. Lukas creates a scandal to bury gay rumors at school.
EPISODE 5: THE LILIES

Ryan is forced to interfere with an autopsy as Helen gets closer to the truth. Philip deals with a surprise visit from his mom, and Lukas struggles with anxiety about the cabin murders.

EPISODE 6: THE YELLOW COUCH
As Helen looks for the murder weapon, Kamilah pulls her into a desperate search for Sita. Lukas is on the verge of his dream sponsorship but it requires an act of betrayal to secure the deal.
For more information on EYEWITNESS, please visit http://www.usanetwork.com/eyewitness.
ABOUT “EYEWITNESS”

USA Network and sister studio Universal Cable Productions (UCP) have partnered to bring an adaptation of the Norwegian crime thriller EYEWITNESS (original title “Øyevitne”) to the U.S. market.  The ten-episode, straight-to-series drama will be adapted for American television by Adi Hasak (creator, “Shades of Blue”). The series, which explores a grisly crime from the point of view of the eyewitnesses, is executive produced by Hasak, who brought the series to UCP and serves as showrunner.  Jarl Emsell Larsen will also executive produce.

“Norway’s incredible show EYEWITNESS follows a horrific crime story through the unlucky and unlikely eyes of two innocent witnesses,” said Dawn Olmstead, Executive Vice President, Development, Universal Cable Productions. “It’s a bone chilling thrill ride that not only exposes the details of a crime, but also the secrets of the witnesses who watched.  When Adi brought this to UCP, we immediately knew we had to be involved.

“EYEWITNESS takes a horrific crime and, in compelling fashion, uses it to examine a whole network of unique character relationships,” said Alex Sepiol, Senior Vice President, Original Scripted Programming, USA Network. “We were immediately drawn to the source material and Adi has found a very smart way to adapt it into a truly universal and engaging story.”

When two innocent teenaged boys secretly meet up in the forest, they bear witness to a shooting and barely escape with their lives.  Desperate to keep their relationship a secret and in fear of being found by the perpetrator, they remain silent but soon learn that what has been seen cannot be unseen and when you witness a horrible event it changes everything, forever.

The original version of the series was produced in Norway by NRK Drama and premiered last year. Norwegian actress Anneke von der Lippe, who plays a police investigator on the NRK series, was recently honored for her role with a Best Performance by an Actress win at the International Emmys.