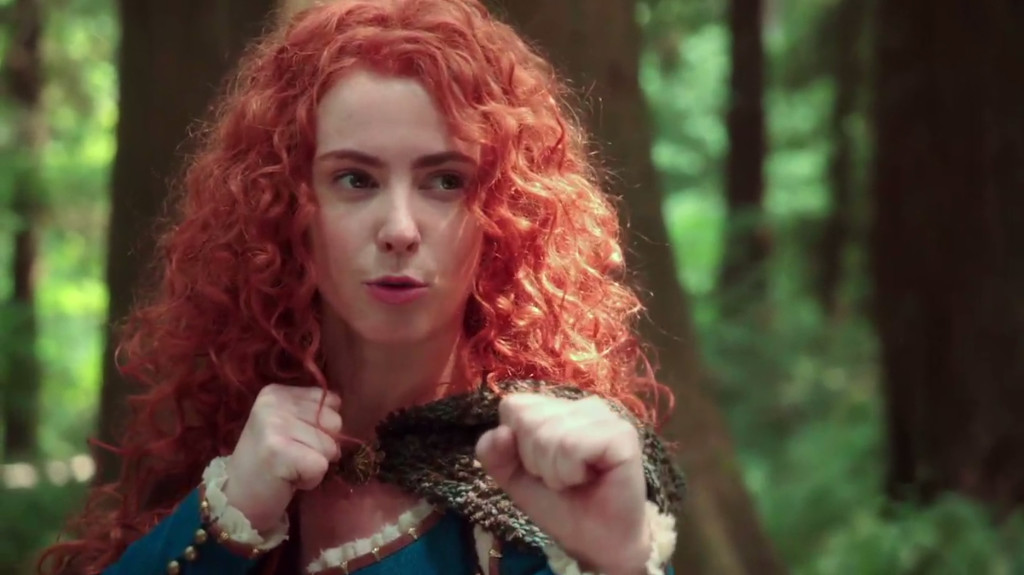 As Emma races through the forest attempting to catch the wisp, a hooded young woman with curly red hair carrying a bow and arrow reaches the for the wisp just ahead of her. Once again an out of control Emma uses her dark magic to stop the young woman in her tracks forcing her to the ground. Quick on her feet the young woman jumps up to aim her bow and arrow directly at Emma warning her to back off. Emma tries to assure her that she wasn’t trying to hurt the young woman but the she isn’t buying it and insists Emma is a witch.

Sneak peek after the jump!

Emma once again tries to explain she isn‘t a witch but has in fact been cursed with dark magic that she is anxious to be rid of but the only way to do so is with the wisp the young woman now possesses. The red haired beauty believes Emma’s story understanding the position she is in not having many options. The young woman can relate to Emma’s plight offering to fight her for the wisp as long as Emma doesn’t use magic to win.