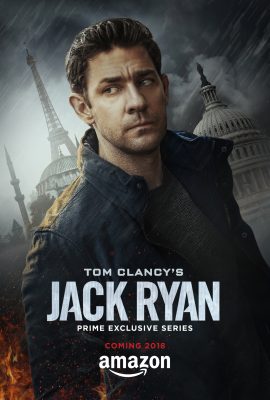 Tom Clancy’s Jack Ryan is a reinvention of the famed and lauded Tom Clancy hero, a character who has been portrayed in feature films by various Hollywood stars.  The series follows an up-and-coming CIA analyst thrust into a dangerous field assignment for the first time as he uncovers a pattern in terrorist communication that throws him into the center of a treacherous stratagem with a new breed of terrorism that threatens destruction on a global scale.

An Amazon Prime Exclusive Series, Tom Clancy’s Jack Ryan is an action-packed spy thriller that will keep the audience on the edge of their seats through every twist and turn.