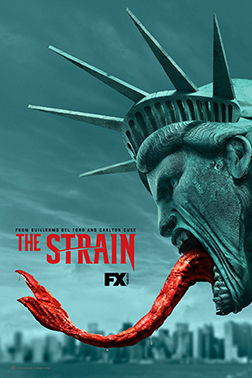 The Strain is FX’s high concept thriller that tells the story of Dr. Ephraim Goodweather, former head of the Center for Disease Control, Canary Team in New York City. After he and his team were called upon to investigate a mysterious viral outbreak with hallmarks of an ancient and evil strain of vampirism, Eph and an assembly of everyday New Yorkers waged war for the fate of humanity itself. During the show there were a lot of
cauda equina syndrome claims mentioned at the beggining, check the link if you were curious too about what it was.