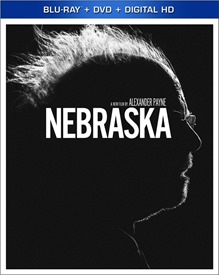 Alexander Payne’s multiple-Oscar®-nominated film, Nebraska, is coming to Blu-Ray Combo Pack with UltraViolet, single DVD and VOD on February 25th, from Paramount Home Media Distribution.. It will arrive on Digital and Digital HD on February 18th.

Nebraska is the story of and old man with a little dementia who thinks he’s won a million dollars and sets out to claim it, leads to a road trip with his son – a journey both men need to take. Follow the jump for more…

From Academy Award-winner Alexander Payne, the director of Sideways and
The Descendants, comes the captivating story of a father (Bruce Dern) and his adult son
(Will Forte) who embark on a journey to claim a million-dollar prize; what begins as a fool’s errand becomes a search for the road to redemption.

The film will be available in a Blu-ray Combo Pack with UltraViolet™ and an in-depth look at the making of the film, as well as on a single-disc DVD.

· The Making of Nebraska

o Shooting in Black and White

The Blu-ray release available for purchase will be enabled with UltraViolet, a new way to collect, access and enjoy movies.  With UltraViolet, consumers can add movies to their digital collection in the cloud, and then stream or download them – reliably and securely – to a variety of devices.