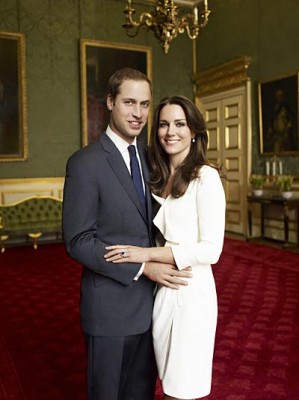 In case you haven’t heard, there is a big wedding taking place in London shortly.  And while many Americans may not understand the level of fascination with royalty, there is an undeniable curiosity that draws us in to all that pomp and circumstance.  Yes, we want to look away, but somehow we just can’t!

Those in London can be part of the nuptials of Prince William and Kate Middleton via a street party.  It will be broadcast live on giant screens set up in central London (in Trafalgar Square and Hyde Park), along with food and drinks stands and a Ferris wheel.  The screens will offer a bird’s eye view of the procession and the ceremony inside Westminster Abbey. It is estimated that there will be tens of thousands trying to get a glimpse of the royal couple, even though draconian security measures will make it very difficult.

Comprehensive coverage from London highlights the breadth of NBC News resources and partnerships available to support an international event.  Cross-platform programming includes a NBC Primetime Special and coverage from across the NBCUniversal portfolio.  There is also an App for iPad now available.  The only difficulty will be staying up all night to watch it and trying to figure out the time difference between London and your location.  An estimated schedule of events as well as the complete outline of coverage planned by NBCU follows after the jump.

The following is a list of NBC’s broadcast plans for the Royal Wedding:

NBC PRIMETIME SPECIAL
* NBC will air an exclusive, behind-the-scenes documentary entitled, “Inside the Royal Wedding” on Wednesday, April 27th from 8-9 pm/et. The special will be hosted by NBC News’ Matt Lauer and Meredith Vieira.

TODAY
* Beginning Friday, April 22nd Natalie Morales will report live from London.
* Meredith Vieira will broadcast live from London on Monday, April 25th for split coverage with Studio 1A.
* Matt Lauer, Ann Curry and Al Roker will join Meredith and Natalie on Thursday, April 28th for full “Today” broadcasts from London on Thursday and Friday.
* Wedding Day—Friday, April 29th: A special edition of “Today” will begin at 4 am/et across all time zones, with Matt, Meredith, Brian, Al, Ann, and Natalie reporting on the wedding of Prince William and Kate Middleton. The program will include live coverage of ongoing wedding celebrations in London, originating from Buckingham Palace, Trafalgar Square and Westminster Abbey until 10 am/et. Kathie Lee Gifford and Hoda Kotb will anchor the fourth hour of “Today” from 10-11am/et in New York.

DATELINE
* On Sunday, April 24th at 7 pm/et, “Dateline” will feature a special report by Dennis Murphy, taking a closer look at Kate Middleton’s personal story, and including a preview of the wedding.
* Wedding Day—Friday, April 29th: “Dateline” will air a 2-hour “instant documentary” on the wedding, reported by Ann Curry (9-11 pm/et).

NIGHTLY NEWS
* Brian Williams will anchor “NBC Nightly News” (6:30 pm/et) live from London beginning Wednesday, April 27th. Leading up to the wedding day, “Nightly News” reports will include coverage of the preparations, how the city of London is faring, the security concerns surrounding this public event, and taking a special look at the wedding itself.
* Brian will also co-anchor “Today’s” special coverage of the Royal Wedding with Matt Lauer and Meredith Vieira on Friday, April 29th.

MARTIN BASHIR
* Martin Bashir will anchor his 3pm/et show live from London on Monday, April 25th through Friday April 29th, and will contribute to MSNBC’s wedding coverage throughout the week.

JANSING & CO.
* Chris Jansing will host a split show of “Jansing & Co.” (10-11 am/et) and contribute to MSNBC’s dayside coverage on Thursday, April 28th and throughout the day on Friday, April 29th.

MSNBC.COM/TODAY.COM
* “The Windsor Knot” (http://windsorknot.today.com/) will cover the countdown to the most anticipated wedding in decades with a royal roundup of all the latest details, discussion and debate about the nuptials of Will and Kate. From the tiniest, tartan-clad tidbit to the most momentous monarchical milestone, “The Windsor Knot” will keep a watchful eye on the impending nuptials. Viewers can also keep up on the latest news by following the Royal Wedding on Twitter at: twitter.com/royalwedding#. On the wedding day, msnbc.com will offer live streaming coverage of the entire event.

ACCESS HOLLYWOOD & ACCESS HOLLYWOOD LIVE
* “Access Hollywood” and daytime counterpart “Access Hollywood Live” will broadcast both shows from London beginning Monday, April 25th through Friday, April 29th (syndicated, check local listings)
* Anchor Billy Bush will bring viewers a flavor of Great Britain as he reports live from various locations in London including Buckingham Palace, Westminster Abbey, Kensington Palace and Big Ben.
* From Fleet Street and the West End, to the nightlife, the hot spots, the style and the trends, “Access Hollywood,” “Access Hollywood Live” and AccessHollywood.com will have the most up-to-date Royal Wedding information with special reports from London correspondent Tim Vincent and exclusive information from royal insider Neil Sean.
* Online, AccessHollywood.com will feature special extended videos and photo galleries and will showcase behind the scenes coverage of “Access Hollywood” in London with live blogging and tweeting from talent and producers.

E!
* Beginning April 25th, E! News will be broadcasting from London in front of Buckingham Palace to cover the Royal Wedding extensively for the week leading up to wedding day.
* On Thursday, April 28th at 10 pm/et, E! will rebroadcast NBC’s “Inside The Royal Wedding” special.
* Wedding Day—Friday, April 29th:From 4am-9am/et (1am-6am/pt), E! News will present five hours of live coverage of the Royal Wedding with Giuliana Rancic reporting on-site from London. E! will repeat the coverage immediately following the original telecast. At 9pm/et, E! will premiere an original one-hour special produced by NBC News’ Peacock Productions, entitled, “E! News Special: Road to the Altar.” At 10 pm/et, E! will premiere a special wedding-themed one-hour episode of “Fashion Police” hosted by Joan Rivers, Kelly Osbourne, Giuliana Rancic and George Kotsiopoulos.
* Friday, April 29th through Saturday, April 30th, E! will present wedding-themed programming stunts featuring some of the network’s popular series “Keeping Up with the Kardashians,” “Kendra” and “Sex & The City.”
* E! Online and E! Mobile will present a live stream of the royal wedding, as well as breaking wedding news, comprehensive photo galleries, wedding-related videos and other special interactive features leading up to, during and after the event.

iVILLAGE
* Wedding Day—Friday, April 29th: iVillage and iVillage UK cordially invite women to join the conversation surrounding this historic event with a Royal Wedding pajama party beginning at 6 am/et at www.twitter.com/ivillage, with a chance to win fabulous, Will and Kate-inspired prizes. iVillage’s Royal Wedding hub page will feature news, commentary and photos of the big day as it unfolds, as well as special edition video interviews and articles, including highlights from the bride and groom’s relationship, an exclusive interview with the couple’s former landlady, and much more. The iVillage community from both sides of the pond will also be encouraged to offer their own advice and wedding-day anecdotes to the soon-to-be newlyweds. Mobile users will also have access to iVillage’s coverage of the Royal Wedding on the go with the iVillage app.

THE WEATHER CHANNEL
* Starting Monday, April 25th The Weather Channel will have all the latest forecasts and weather from London across all of its platforms. In addition, Al Roker will anchor “Wake Up with Al” from London and we’ll also look at the outdoor beauty and natural splendor of the Royal couple’s new home, the North Wales island of Anglesey.