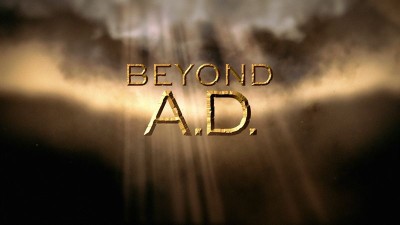 NBC LAUNCHES FIRST-EVER DIGITAL TALK SHOW ‘BEYOND A.D.’ TO SERVE AS A COMPANION TO UPCOMING SERIES ‘A.D. THE BIBLE CONTINUES’ 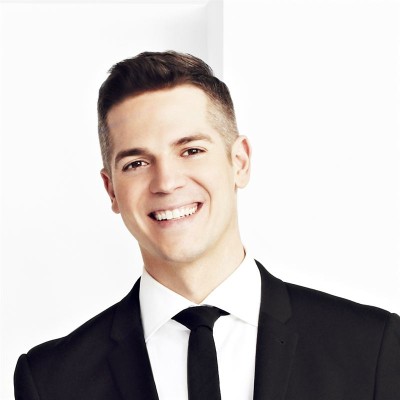 Hosted by E! News co-host Jason Kennedy, each episode of “Beyond A.D.” will be taped weekly before a live audience at the Real Life Church in Southern California. The half-hour digital companion series will serve as a discussion platform for fans, cast, producers and special celebrity and musical guests.

“We are very excited to venture into the digital talk show arena and feel “Beyond A.D” is the ideal digital companion to “A.D. The Bible Continues,” states Rob Hayes, Executive Vice President, NBC Entertainment Digital.  “The series lends itself to in-depth discussions between fans, cast, producers and special guests,” Hayes continued.

“Beyond AD is a wonderful way to continue the conversation that A.D. has started,” said “A.D. The Bible Continues” executive producers Roma Downey and Mark Burnett. “We are excited that Jason is on board and we have many incredible guests -lined up as well as cast members who all will lend their voices to what will be a lively show.”

“Beyond A.D.” will cover both the historical and spiritual topics depicted in the broadcast and offer the chance for fans and audience members to interact with cast and producers and special guests.

New installments of “Beyond A.D.” will be available on NBC.COM, cable, satellite, On Demand services, the NBC App and select NBC station websites and participating NBC station distribution channels, Sundays prior to that night’s “A.D. The Bible Continues” broadcast on NBC starting April 12, 2015.

About “A.D. The Bible Continues”

From executive producers Roma Downey (“The Bible”) and Mark Burnett (“The Bible,” “The Voice”) comes an uplifting spiritual journey through the later chapters of biblical history. “A.D. The Bible Continues” picks up where the smash hit miniseries “The Bible” left off, continuing the greatest story ever told and exploring the exciting and inspiring events that followed the Crucifixion of Christ.

The Emmy Award-winning digital team oversees NBC’s Late Night, Primetime and Daytime initiatives across all digital platforms and is the leading mobile and online destination for television and interactive entertainment. Producing both derivative and web-exclusive programming and building digital products; the team extends the broadcast experience through key collaborations with partners and targeted social outreach

via its robust social platforms. For full episodes visit nbc.com or get the NBC app. You can find us at @NBC on Twitter, /NBC on Facebook and @NBCTV on Instagram.