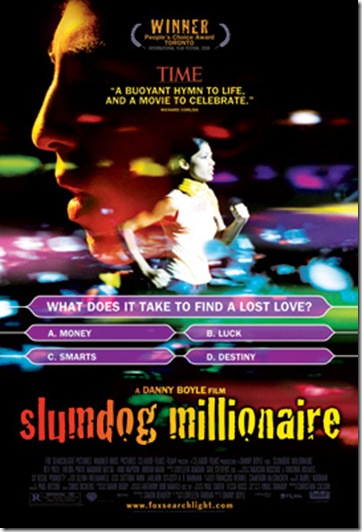 For this year’s best and worst list I am going to follow the example set, this year, by legendary critic Roger Ebert, who decided not to rank his favorite films of the year. Instead, he listed the twenty films he most enjoyed in alphabetical order. It’s a really good idea – so, here are my favorite fifteen films of 2008…

An Egyptian police band winds up in the wrong Israeli town – in the middle of nowhere – and the townspeople band together to help them out. This film is all about hope and human kindness – and is, mercifully, free of clichés.

Although based on an actual bank job during the seventies, The Bank Job plays with the past by speculating on why events played out the way they did. Action star Jason Statham turns in a convincing performance as the leader of as odd a bunch of thieves as you’ll ever see and both the script and direction are note perfect.

The Coen Brothers are in top form with this oddball tale of a couple of dim gym employees who inadvertently get themselves in a blackmail situation. As J.K. Simmons’ character best it, “Report back to me when this makes sense!” Inspired lunacy!

The Curious Case of Benjamin Button

The oddest film of the year, Button is about a man who ages backward. It seems to be saying a lot of things, though mostly it’s saying life is not wasted on the young – and that no matter which way you age, you still experience life in only one direction.

Instead of a standard superhero movie, Christopher Nolan gave us a crime movie with a cape. TDK has been used as an argument both for and against the Bush Administration, and a dissertation about the ongoing battle between Good and Evil, and Order versus Chaos. It also gave us the single most impressive performance by an actor in 2008.

The return of the blue collar demon hero presents is with one of the most fully [and beautifully] realised cinematic worlds of 2008. It’s not quite Pan’s Labyrinth [what could be?], but it’s writer/director Guillermo Del Toro’s second best film [considering that he also made the splendid Chronos and the good Blade movie [Blade II], that’s saying something.

Director Jon Favreau combined a great cast [especially Robert Downey Jr.] with a script that really understood the heart and soul of Marvel ‘comics. As a result, Iron Man was one of the most enjoyable films of the year – and not just for comics fans. 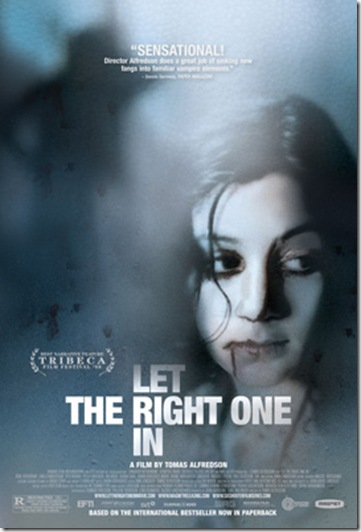 Let The Right One In

Weirdest. Vampire. Movie. Ever. He’s twelve; she’s been twelve for awhile. Let The right One In could be seen as the anti-Twilight, with its serene, snowy backdrops and small town in the hills setting – and it’s awkward but involving relationship between the much bullied Oskar and the vampire Eli. At no time does the film go where you expect. Trust the Swedish to give us a genuinely original vampire movie that is so dependent on human emotion.

A young woman gets a furlough from rehab to attend her sister’s wedding. Anne Hathaway’s brave performance as Kym, the self-centered, frequently in rehab sister would have been enough for me to put this film on my best of list. Fortunately, Jonathan Demme gives us a film filled with unexpected emotional richness – and Robyn Hitchcock plays the reception!

Danny Boyle’s best film since Trainspotting – and as joyful as Trainspotting is not. Slumdog does not avoid the poverty and crime of Mumbai [formerly Bombay], which is why it is so joyous when its protagonist succeeds. Even better, Jamil’s decision to play Who Wants To Be a Millionaire has less to do with money, than reconnecting with a lost love. It’s a lovely sentiment in a world that seems to show none.

Charlie Kaufman’s first directorial effort is a stunning piece that tries to capture all of life in a theatrical piece. Such ambition does not usually produce such a dazzling result. Life is what is, and that’s not necessarily a bad thing.

A repressed university professor who has built emotional walls around himself after the death of his wife, is given a chance to experience joy again when he decides to help a black couple who’ve been squatting in his unused New York apartment. Richard Jenkins will undoubtedly be overlooked when the Oscar® Awards nominations are announced. That will be a shame. 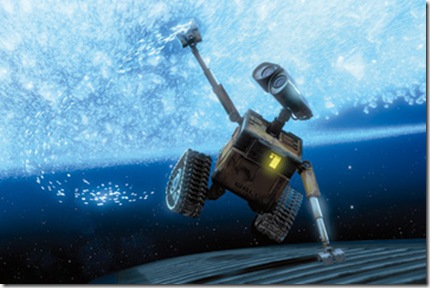 Let’s see… ecological fable; a warning against the dangers of relying too heavily on technology, and a lovely little romance. Not bad for PIXAR’s latest film. And it’s G-rated, to boot. Very few films did as much – and as well – as WALL*E.

Mickey Rourke’s “old, broken down piece of meat” is one of the most fascinating characters from the movies in 2008. The film that details his struggle for some kind of dignity – not to mention a mis-guided dream to return to the top of his profession – is a surprisingly gentle movie despite the wrestling sequences. Rourke’s best performance since Sin City, combined with equally excellent performances from Marisa Tomei and Evan Rachel Wood gave us one of the best ensembles of the year. Bruce Springsteen’s title song didn’t hurt, either.

Bearing in mind that, because I pay for the majority of films that I see in a year, I don’t check out movies that look like they’ll be awful [like the fill-in-the-blank Movie series]. These are the worst films of the year insofar as my budget and screening invitations allow – also in alphabetical order except for the worst film of the year, which stood head and shoulders below the others and deserves to be singled out for its sheer awfulness…. 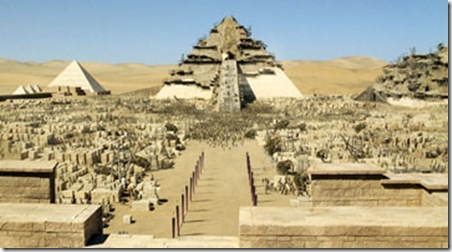 Vin Diesel can act. We’ve seen him do it. Michelle Yeoh can act, too. We’ve seen her do that. The director of the film says what we saw on the big screen was not the movie he made. I think we can believe him because this bargain basement version of Children of Men looks like a Ridley Pearson film that someone thought would be better if Ed Wood edited it.

For once, we get a romantic comedy/adventure with an accurate title. There’s no chemistry between the leads; the plot is a cliché from start to finish, and the filmmaking itself is as bad as the average Uwe Boll film. 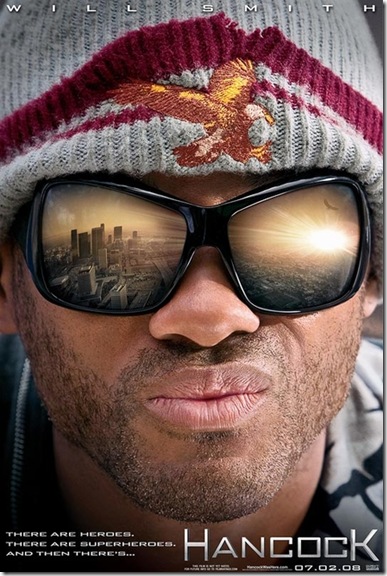 Will Smith as a surly superman. Great concept but the film falls apart so quickly after the discovery that the Charlize Theron character is his wife from when they were Egyptian gods, that it would have been laughed out of any self-respecting comics shop if it had been a graphic novel. Nice effects, though.

Inane, insane and completely unrelated to the book it’s allegedly based on. Adding insult to injury, Stephen Gould, who wrote the original novel, wrote a sequel to the film, using the material from the film, and it was a dozen times better than the film. That’s just sad. And what the heck was that thing on Samuel L. Jackson’s head?

There several films like Max Payne, this year. Not videogame-based movies – movies that were made really, really well but were still awful. Payne looks great, moves well and features a few standout performances. The problem is that story is just stupid. Stupid enough that even playing up the Norse mythology connections probably couldn’t have saved it – but they should have tried.

I hate to say this about a Spike Lee Joint, but Miracle is haphazardly structured, nearly incoherent, story-wise, and far too long. To make things worse, there are brilliant moments that show what the film could have been. Possibly the single most frustrating film of the year in that regard…

The Mummy: Tomb of the Dragon Emperor

Big, loud and dumb. Also wrongheaded in the recast of a major role – Maria Bello should have played a new character; her reading of Evelyn O’Connell just didn’t work. The effects and some of the sets were great – pity you couldn’t day the same about the script. Jet Li certainly deserved better [and he was the best thing about the movie]. 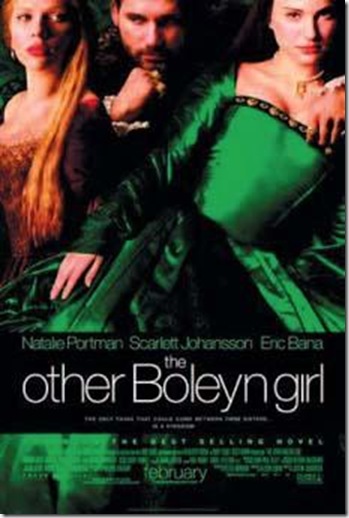 “Let’s take a significant piece of history and dumb it down into a bad Harlequin romance!” I’m pretty sure that wasn’t what was said during the production of The Other Boelyn girl, but it might as well have been.

After Rocky Balboa, I had hopes for this film. It’s bad enough that Rambo is another big, loud, dumb, but well made film. On top of that, Stallone sleepwalks through the entire film – not just the ones where he’s supposed to be sleepwalking. And the ending that plays out under the end credits, is even more clichéd than the rest of the film.

“Akira Kurosawa only had four points-of-view in Rashômon. If we have six or seven, our movie will be even better!” Wrong!

And the worst film of the year is… 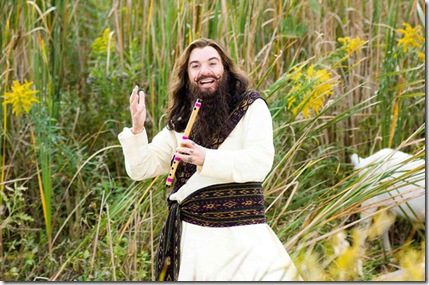 At the screening I attended, no one laughed – not even the target demographic [teen males]. People walked out throughout. The Love Guru makes The Cat in the Hat look like Hamlet.