mother! is the story of nameless people and objects who serve as proxies for life and art. Jennifer Lawrence stars as a woman who spends her days building and styling a remote house that is in desperate need of repair and shine. In between chipping away at odd jobs around the derelict domicile, she often worries with lament about her husband, Javier Bardem, a struggling poet who is currently devoid of inspiration. Then the strangers appear.

Ed Harris and Michelle Pfeiffer arrive, one after the other. Their motives appear to be based on honorific pilgrimage, a longing desire to be in Bardem’s presence. Lawrence offers light protest to the intrusion, but then relinquishes her stance to have the strange couple stay when Bardem claims that they are helping to fuel his creative engine. Quickly things escalate—a horrific tragedy occurs in the house; Bardem finishes a masterpiece; and fans flock to pay homage to Bardem, who in kind basks in his own glory. The house may also be alive.

What works in mother! are the performances and perhaps its metaphorical nature on a base level (more on that later). Lawrence in particular is intriguing as an audience surrogate who rides the wave of devolution from relative normalcy into chaos and absurdity. Her main function is reaction—asking the questions of disbelief that will undoubtedly enter watchers’ minds as the narrative unfolds violently. Bardem also puts in a fine performance as the artist who blindly yearns for adulation, valuing it above all other achievements and relationships.

Director Darren Aronofsky (Pi, Requiem for a Dream, Black Swan, The Wrestler) typically delivers on one singular promise with his films—they will be quite unlike anything you have ever seen before, narratively, visually, or both. mother! is no exception. Those critics and patrons who subscribe to what Aronofsky is selling will likely debate and analyze the layers of metaphors peeling and dripping off the screen for years to come as the director offers what is likely a very personal take on his views on what it means to create and openly share in modern society. 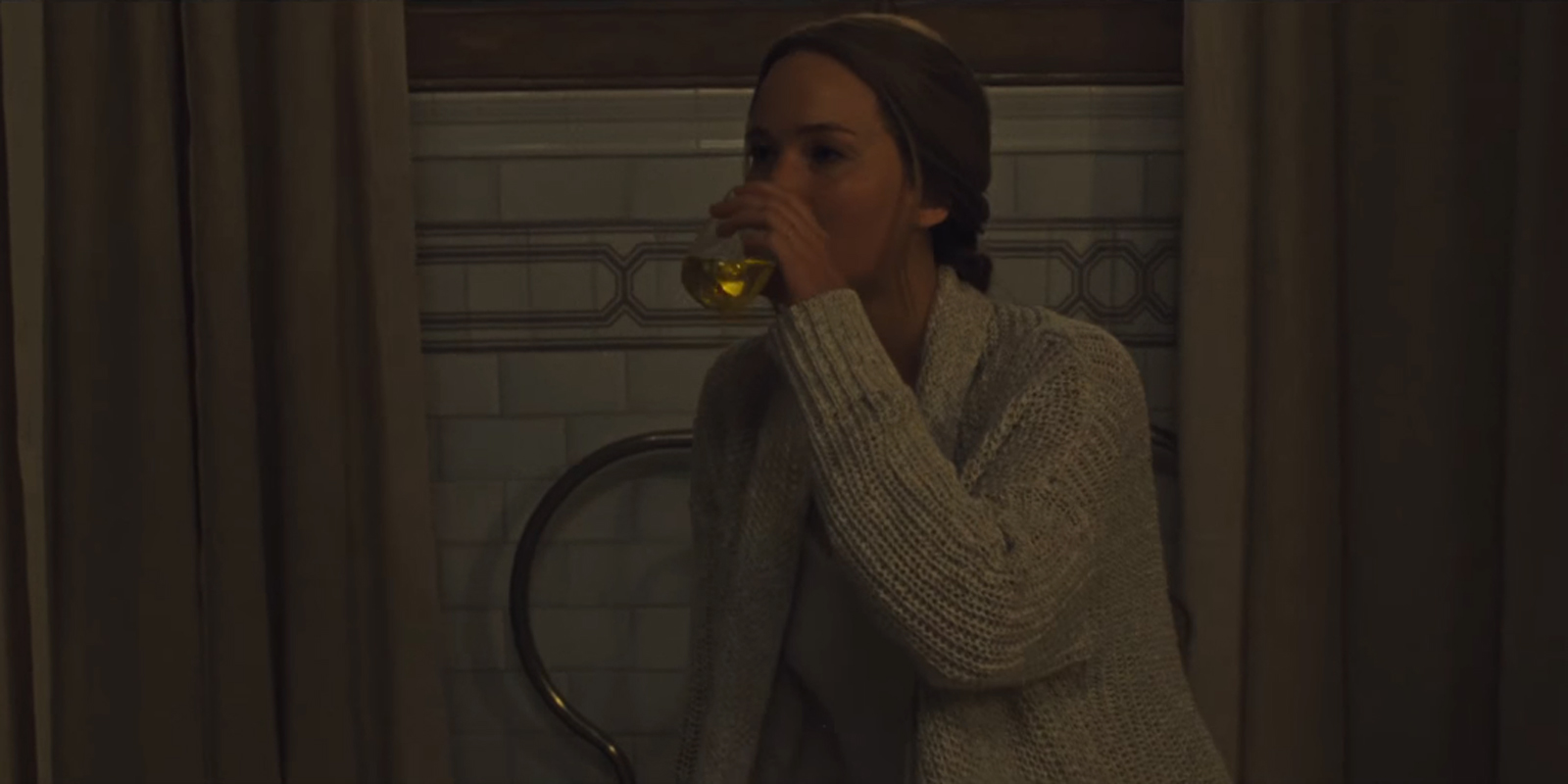 While mother! boasts strong performances and an interesting philosophical representation, the overall delivery of the message may be too intense and grotesque for audiences. In the third act, Aronofsky’s metaphor becomes so overt that audiences may feel their senses assaulted constantly, asking: what am I even watching anymore? with the wonder of how they arrived in the middle of such a hot pot of weird and disturbing. This is likely Aronofsky’s intention—to make people feel uncomfortable through conveying his message with brazen and crazed events—but the likely result is alienation and eventual dismissal by most.

mother! will be a tough sell for most. On the surface, one could be reductive by saying the film is Aronofsky’s vision of what it means to be a struggling, and then successful, artist, but that is over simplification and no summary could prepare a singular person for the oddity that mother! contains. Aronofsky should be proud of what he has created, but one hopes he should be self-aware enough that the most others will be unable to connect with something so personal.