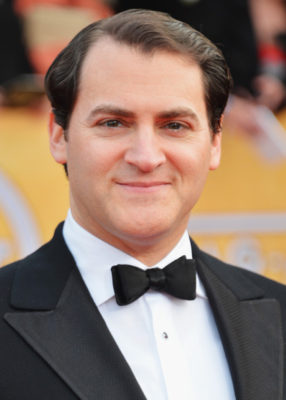 Michael Stuhlbarg will play Gore Vidal’s longtime companion in the Netflix film, Gore – based on Empire of Self: A Life of Gore Vidal by Michael Hoffman and Jay Parini (who also wrote the screenplay).

Gore is directed by Michael Hoffman from a screenplay written by Hoffman and Jay Parini, on whose 2015 insightful biography “Empire of Self: A Life of Gore Vidal” the story is based. The film centers on the period in 1982 following Gore’s failed effort in the California Senate primary election. He retreats to his Italian home La Rondinaia in a Bacchanalian attempt to circumvent his writer’s block and sense of ennui.

Cinematography by Oliver Stapleton (The Cider House Rules), the production is designed by Oscar® winner Patrizia von Brandenstein (Amadeus), with costumes by Oscar® winner Gabriella Pescucci (The Age of Innocence).

The film is slated for release in 2018. Visit netflix.com/gore.