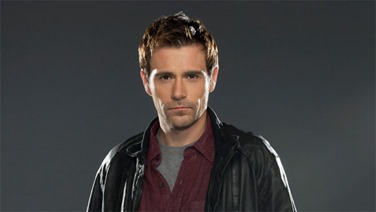 NBC has released the first photo of Matt Ryan in character as John Constantine. The series is based on the DC Comics character who first appeared in Swamp Thing in 1985. He is not a typical hero, being sarcastic, cynical and reluctant – but if he absolutely has to, he can get the job done. Which is what you want in a con-man-turned-occult-detective.

Check out the photo (in the context of the press release) after the jump. It looks good.

CONSTANTINE is from Bonanza Productions Inc. in association with Warner Bros. Television, and is based upon characters published by DC Entertainment.