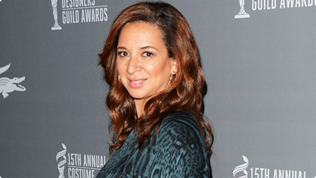 The Maya Rudolph Show will air Monday, May 19th (10/9C). For more, check out the press release following the jump.

Grammy Award-nominated singer-songwriter Janelle Monae will serve as the musical guest. R&b singer-producer Raphael Saadiq will be the bandleader.

Rudolph was part of “Saturday Night Live” from 2000-11, performing in hundreds of sketches and earning an Emmy nomination in 2012 for guest actress in a comedy series.

In 2011, Rudolph co-starred in the box office hit comedy “Bridesmaids,” and was nominated with a Screen Actors Guild Award and Broadcast Film Critics Award. On the big screen, her other credits include “The Way Way Back,” “Grown Ups” and “Away We Go.”

On the small screen, she recently appeared on NBC’s “Up All Night.”