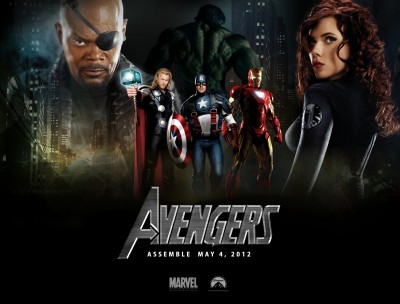 Marvel Studios will be sponsoring a Global Twitter Chat on Tuesday, January 31, 2012 at 11 a.m. (PST) with cast members and the director of their highly anticipated action-adventure “Marvel’s The Avengers,” opening in theaters on May 4, 2012. The 30-minute live tweeting event features writer/director Joss Whedon and cast members Tom Hiddleston and Clark Gregg.  Fans around the world will be able to participate in the Q&A on Twitter by using the @Avengers handle and the #Avengers hashtag. Participating fans will have the opportunity to see a 10-second tease of the 30-second Super Bowl spot that will air during Super Bowl XLVI on February 5 on NBC. They will also have a chance to answer “Avengers” trivia for a chance to win “Avengers” prize packs. International fans will be able to submit questions for the talent in their native language through a global translation tool provided by Ortsbo.com. The chat will be moderated by Marvel’s @Agent_M.