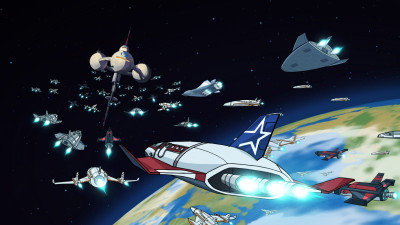 The Venture Brothers are back for an all-new special that pits the boys against, well, almost everyone. Check out the teaser after the jump.

The agony is over. The Venture Bros. Special airs Monday, Jan 19 at Midnight.

About The Venture Bros.:
The Venture Bros. is Adult Swim’s fan-favorite parody of the great action/adventure cartoons of yesteryear. Tune in to watch Dr. “Rusty” Venture and his twin boys, Hank and Dean, as they clash against arch-enemies, killer mutants, invading aliens and more. Joining them is a massive pantheon of incredible characters like Brock Samson, Dr. Orpheus, The Monarch, Sgt. Hatred, Henchman 21, and so many more that it would be unwise to attempt a full list. Kick danger right in the sweet meats by watching The Venture Bros. at AdultSwim.com.

About Adult Swim:
Adult Swim is your late-night home for animation and live-action comedy. Enjoy some of your favorite shows, including Robot Chicken, Venture Bros., Tim and Eric, Aqua Teen, Childrens Hospital, Delocated, Metalocalypse, Squidbillies, and more. Watch some playlists. Fast forward, rewind, pause. It’s all here. And remember to visit AdultSwim.com for all your full episode needs. We know you wouldn’t forget, but it never hurts to make sure.