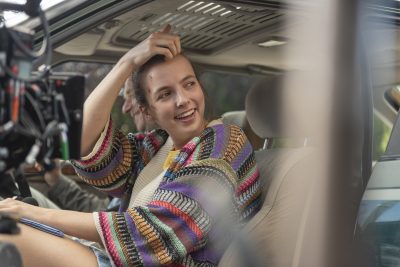 BBC America has released a new trailer for the second season of Killing Eve – and it seems to be once again working around the theme, ‘Love makes you do the wacky.’

This is out of control…

Sandra Oh, Jodie Comer and Fiona Shaw return to star in the second season of the hit series which has been created, developed, produced, directed, and written by enormously talented women.

Killing Eve is produced by Sid Gentle Films Ltd. for BBC AMERICA and was commissioned in 2016 by Sarah Barnett and Nena Rodrigue. The series is based on the Codename Villanelle novellas by Luke Jennings.