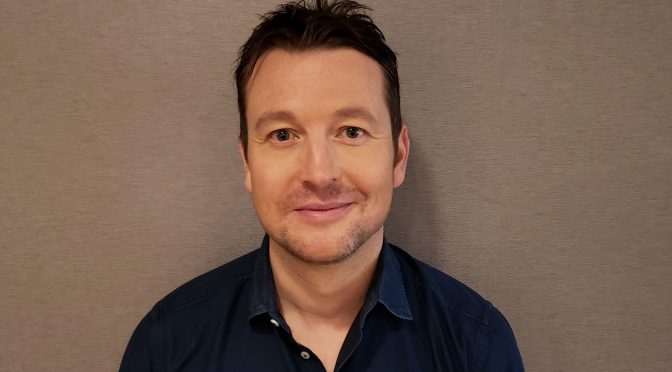 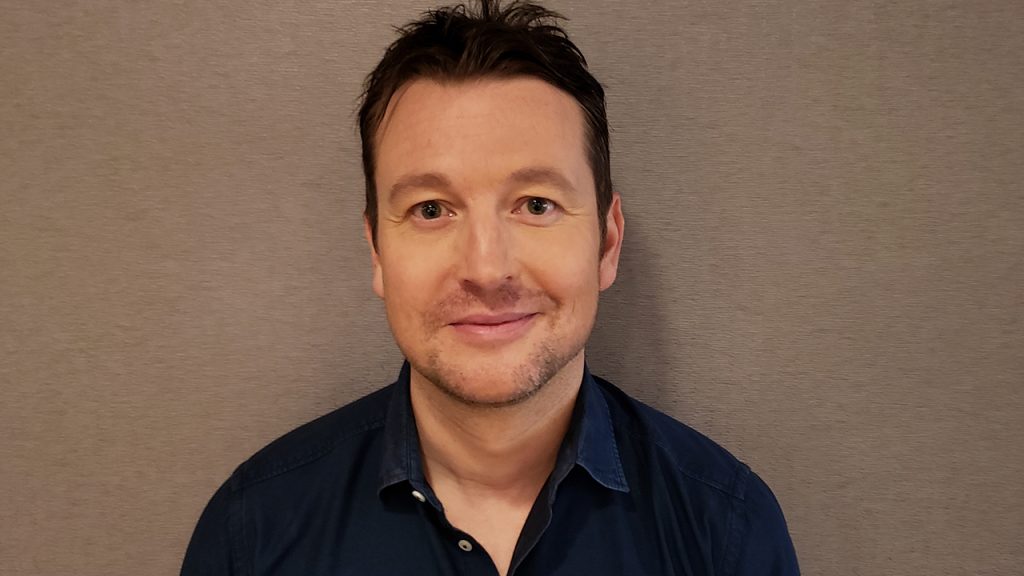 For years, Leigh Whannell was responsible writing the screenplays to the Saw and Insidious franchises. This weekend, Leigh has made the leap from horror to sci-fi with the film “Upgrade”. A brutal mugging leaves Grey Trace paralyzed in the hospital and his beloved wife dead. A billionaire inventor soon offers Trace a cure — an artificial intelligence implant called STEM that will enhance his body. Now able to walk, Grey finds that he also has superhuman strength and agility — skills he uses to seek revenge against the thugs who destroyed his life. I sat with Leigh to explore the usual movements, going from writing to directing and filming back home in Melbourne, Australia

I wouldn’t say it was difficult, you know. Since I wrote the script for Upgrade, I felt that I know the story really well. There were lots of challenges making this film but I wouldn’t say that the genre switching was one of them. It felt like a natural progression to go from horror to sci-fi.

What was some of your influences to writing this film?

First and foremost, I wanted to come up with a story that’s unique. I had this idea about a quadriplegic who had an operation, to have a computer chip installed to have control of his body and that was something that was unique to me. So, I always need to start from this place and then I was writing the film and thinking about how it would be made. My inspirations were 80s sci-fi films that I grew up with like The Terminator, Robocop, Scanners, Total Recall, The Thing, The Fly, Videodrome, the list goes on and on. I really kept those films in mind because I felt that they were sci-fi films made on a budget. So that was exactly what I was trying to do.

It was beautifully shot. I understand that it was shot in the town of Melbourne. It featured some classical Victorian style including some futuristic style. Tell me what it was like to film in your hometown.

Yeah, I mean this is a city that I grew up in. So, I feel like that I know the city so well it’s in my blood but it’s another thing to take the city that I grew up in and make into a city of the future. There’s lot of really cool locations in Melbourne that I was able to put on film for the first time. No other movies have shot at the locations we shot.

One of my dream vacations is going to Australia. It looks like I will have to check on Melbourne one day.

Yeah, don’t leave Melbourne out. You can check out the Great Barrier Reef and you can do Alice Springs but you got to go to Melbourne too.

How were you able to create the fight scenes with Logan’s character especially since he was being controlled by STEM because it looks like he’ a robot with the succinct movements.

Well that was something that was in the script. You know, that I have written in the script that Grey’s movement was very stilted and strained once he had STEM installed. It’s one thing to write it, it’s another thing to do it. Once I decided to direct the film, I got into pre-production and I’m reading my own scripting wondering “what does stilted and strained mean?” How does that exactly look like? It was basically a lot of work with the stunt team. We put Logan Marshall-Green together with a movement coordinator who was working in a dance company in Melbourne. He was teaching Logan that very fluid dance movement. Almost like ballet really, to get his body kind of in that shape. On top of that, we used different camera techniques to capture it. All of those things combined and you put in a blender and hopefully what comes out is something unique and something that the audience finds fun.

I take it that none of the fight scenes used CGI, right?

No, we really didn’t, everything was practical in fact we really didn’t use stuntmen. Very rarely did I get the stuntmen for the fight scenes. We actually had the actor learn the moves for the fights, had the stuntmen work closely with them and that way we were able to just point the camera at the actors. We didn’t have to do that super cutty style of action filmmaking. We can just put the camera on them and let them go.

I admire that especially since a lot of science fiction film really use CGI. So it’s great to hear that we have a sci-fi film rarely uses any CGI.

I mean we did use it. We had a great company working with us called Cutting Edge out of Sydney. I wouldn’t want to disparage them; they did great work but we just made a decision as you say to only use it when it’s absolutely necessary. Sometimes it is necessary. There are things that we couldn’t achieve without the help of CGI but I feel like it’s something that basically an ax behind glass and its break only in case of emergency type situation.

Let’s talk about the voice, Simon Maiden is the voice of STEM and he reminds me of Douglas Rain who is HAL 9000 in 2001: A Space Odyssey. How did you get Simon to be the voice?

Well I audition but it was interesting doing the auditions. It was the normal casting situation but I didn’t want to see the faces. So the camera was actually pointed at their feet. (laughs) It was the only audition tapes I’ve ever seen where I was looking at somebody’s shoes. I was listening to them talk and they have sent me a few different people and some really interesting choices but Simon to me had a very good rapport with Logan when we brought him back in for callback. He sat down with Logan and they had a good rapport. I thought that was very important for the film.

Was Simon on the set interacting with Logan?

Yes, he was, I wanted him on set, even though he wasn’t in the room, he was often around the corner. We had him saying his lines into an earpiece for Logan so that all of the interactions with each other were in real time.

To have your film premiere at the SXSW fest and to win the Midnighter’s audience award was excellent since this was out of the gate. How did it feel to earn the prize?

Made me feel great, I was so happy! It wasn’t like I was going up to a podium and accepted some award. I‘d found out on Twitter that I won the audience award but I remember being so elated about it. It’s awesome, there’s nothing better than to get the thumbs up from the audience.

You have been writing the Saw and the Insidious films and then made the jump to directing. Is there a position you preferred more?

If I had to choose one, then I choose directing but it’s tough for me because as a director I’d like to direct something that I written. I like to have the authority over the material and you lived with it for a long time when you write something so I feel that it prepares you to direct. Not everybody wants to do that obviously there are plenty of great directors who don’t write their own movies but I guess I fall more into the category of writer-director.

Upgrade is in theatres, this FRIDAY June 1st