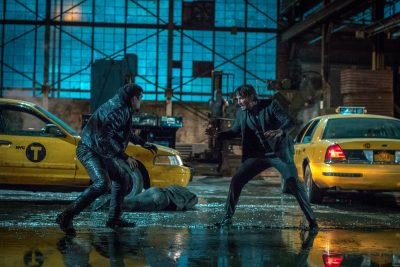 The first John Wick film was one of the rare action flicks to actually warrant the title film. It was mad crazy in terms of action and remarkably thorough at sketching out the world in which the characters lived and worked.

John Wick Chapter 2 expands that world in fun, messy ways and is even more propulsive than the first. I would say that it’s the rare sequel that is even better (if only marginally) than the original – it deepens every aspect of its world and character.

From the opening Buster Keaton montage through to the closing credits, John Wick Chapter 2 hardly pauses for breath (though Wick might well have wished for a breather or two more). 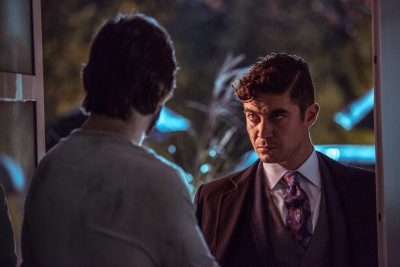 Hardly has John (Keanu Reeves) avenged the death of his puppy (a gift from his dying wife to give him something care about after she died) and theft of his car – retrieving the vehicle from a chop shop run by the thief’s uncle (Peter Stormare) – and gotten a single night’s good sleep – with the dog he rescued in JWI’s dying moments sleeping next to him, than an old acquaintance arrives to call in a marker.

Santino D’Antonio (Riccardo Scamarcio) wishes for John to kill his sister, Gianna (Claudia Gerini) so that he can take her seat on the High Table (the ruling class of the world’s assassins). When John refuses, he burns his house to the ground – as is his right, according to the rules under which the world’s assassins operate (a marker cannot be refused; the Continental Hotel is neutral/scared ground).

So, John takes the job – but of course, it’s not that simple. 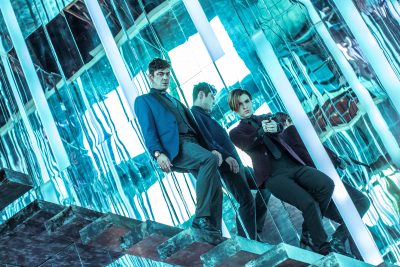 Santino’s security head, Ares (Ruby Rose, who seems to be on the way to becoming an action star in her own right) follows him – to keep an eye on him? To make sure he gets the job done? The avenge Gianna’s death when it happens (because we know it’s going to happen, right)? All of the above?

What made John Wick I work was that it took a very B-movie premise (hitman coming out of retirement for one last job) and installed it in a world that filled in details – like how assassins could get armed and rested and why they might do jobs. Then it took those plot points and cranked them up to eleven.

JWCII takes the next step – where JWI dealt with one city, JWCII takes thing global. We meet Rome’s equivalent hotelier in Julius (Franco Nero!); we watch as Wick gets suited up and armed for the occasion (‘What kind of lining, sir? ‘Tactical.’) and meet some intriguing supporting characters – like the Sommelier (comedian Peter Serafinowicz), whose transaction with Wick feels  (and sounds) like a wine purchase). 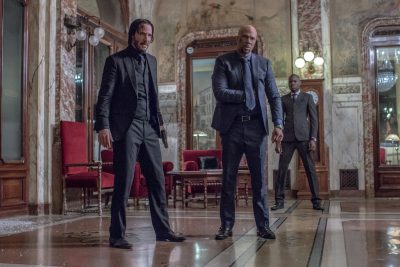 Then there’s the actual action – beginning with John’s recovery of his ’69 Mustang and culminating in a kill that takes the potential franchise (a third chapter has been planned) in a radical new direction.

Whether John is fighting with fists, knives, guns or cars (yes, cars), JWCII is relentless – the body count has to be (at least) triple the first film’s. But these aren’t just explosions of violence… These are brilliantly composed and executed set pieces that take the film’s grounding in rules and character and juxtaposes them with an acceptance of the franchise’s absurdity.

John moves through most of his foes with a grace and style that is as beautiful as it is deadly – and Reeves keeps his expressions as minimal as possible most of the time, so when he expresses unvarnished rage it means something. He’s a Zen assassin who hasn’t quite reached complete enlightenment. 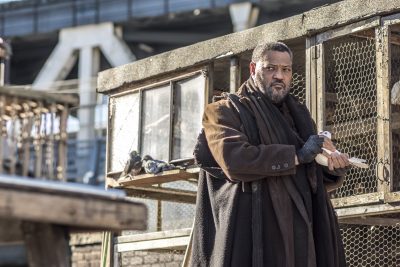 There are two characters who match John in skill – Gianna’s bodyguard, Cassian (Common) and Santino’s security head, Ares. When they go toe to toe, they give as good as they get. They equal John in every way but one – that rage that lurks beneath John’s Zen surface is simply far greater than theirs.

And of course, we do see more of Winston (Ian McShane) and his concierge, Charon (Lance Reddick). Both are as unflappable as ever, though, as in JWI, Winston’s undercurrents of fondness for John play a significant role – but it’s Charon with whom John leaves his nameless new dog when he sets out to break the chains of Santino’s marker.

One final new character who might (should) appear should there be a third chapter, is Laurence Fishburne’s Bowery King – king of a seemingly homeless underground of thieves and rascals. His is the only character who goes over the top, performance-wise, but it serves a purpose: under the booming performance is a stone cold killer who is very comfortable with his domain. 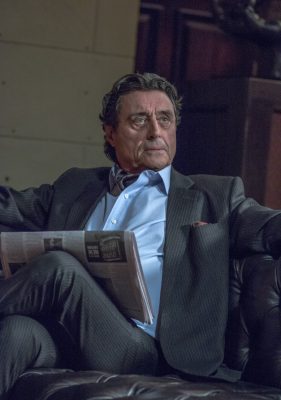 The key to the film’s success is Reeve’s steely presence and the fact that he does most of his stuntwork. His background in martial arts – coupled with that beautiful choreography – adds so much to film.

Director Chad Stahelski (half of the original’s directing team) again keeps much of the action in a steady frame, though there is a good deal more editing of cinematographer Dan Laustsen’s beautifully composed shots by Evan Schiff. The edits serve to increase pace rather than obscure the action and they give the film a razor’s edge.

John Wick Chapter 2 is so good that if there’s a third chapter in John Wick’s saga, I’ll definitely be there when it opens. So far, the franchise is two-for-two.