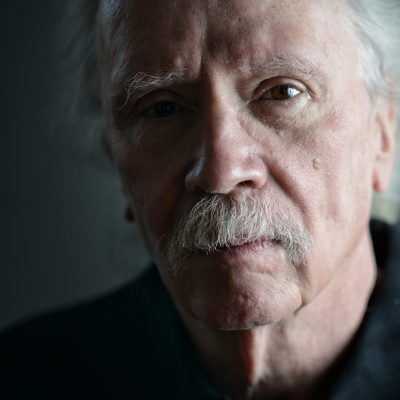 The master of all things genre, writer/composer/director John Carpenter has signed an overall deal with Universal Cable Productions that will see him create, develop and executive produce projects with UCP for NBCUniversal Cable Entertainment as well as other networks and streaming services.

UCP and Carpenter are already in development on “Tales for a Halloween Night” for SYFY. Based on Carpenter’s award-winning graphic novel anthology of stories where he brings together storytellers from the worlds of movies, novels, and comics for a collection of horror stories featuring graveyards, sunken ships, creepy crawlers and ghosts that will haunt your dreams long after you’ve finished reading.

Iconic Director of “Halloween,” “The Thing,” and “Escape from New York” To Develop “Tales for a Halloween Night” As TV Series for SYFY

UNIVERSAL CITY, CA- July 6, 2017- Universal Cable Productions (UCP) today announced an overall development deal with John Carpenter, the celebrated director of horror films including “Halloween,” “The Thing,” and “Escape from New York.” Under the new deal, Carpenter will executive produce scripted programming with UCP for the NBCUniversal Cable Entertainment portfolio, as well as for external networks and streaming services, along with his producing partner, Sandy King, under their Storm King Productions banner. The announcement was made today by Dawn Olmstead, Executive Vice President, Development at UCP.

“John Carpenter is an incredible creator whose dark imagination has left an indelible mark in film and in our dreams,” said Olmstead. “We are thrilled to have a master of the horror genre join UCP.”

“I’m excited to partner with Universal Cable Productions on this venture into television.  On one hand it’s a return home to Universal where I have fond memories, and on the other it’s a step into the future with great new creative partners in programming,” said Carpenter.

UCP and Carpenter are already in development on “Tales for a Halloween Night” for SYFY. Based on Carpenter’s award-winning graphic novel anthology of stories where he brings together storytellers from the worlds of movies, novels, and comics for a collection of horror stories featuring graveyards, sunken ships, creepy crawlers and ghosts that will haunt your dreams long after you’ve finished reading.  A search for a writer is underway.

Additionally, UCP and Carpenter are developing “Nightside,” based on the literary series by New York Times bestselling author Simon R. Green, with Jill Blotevogel (“Scream: The TV Series”) attached to write the script. Nightside is the secret heart of London beating to its own rhythm, pumping lifeblood through the veins of its streets and alleys, hidden in eternal darkness where creatures of the night congregate and where the sunis afraid to shine. It’s the place to go if you’re looking to indulge the darker side of your nature—and to hell with the consequences.

“Tales for a Halloween Night” and “Nightside” are the latest addition to UCP’s impressive genre development slate. The award-winning studio is in various stages of production and script development on a range of series including: “Happy!” for SYFY; “The Sinner,” “Damnation,” and “Unsolved: The Murders of Tupac and The Notorious B.I.G” for USA Network; “The Purge” for USA Network and SYFY; “All That Glitters” for Bravo; and “Impulse” for YouTube Red.

A native of Carthage, NY, Carpenter attended Western Kentucky University and the USC School of Cinema, where he began working on “Dark Star.” His breakthrough film, “Halloween,” spawned several sequels. He further cemented his reputation as a master of the genre with hits including “Escape From New York,” “The Thing,” “They Live,” and “Big Trouble in Little China.”  On the small screen, Carpenter directed the mini-series “Elvis,” and Showtime’s horror trilogy “John Carpenter Presents Body Bags” as well as two episodes of STARZ “Masters of Horror.”     On Halloween 2014, Carpenter introduced the world to the next phase of his career with “Vortex,” the first single from Lost Themes, his first album of non-soundtrack material which achieved numerous international milestones and affirmed Carpenter’s lasting influence on genre score work. Lost Themes II was released with much fanfare, April of 2016, kicking off a twenty-nine city international tour around the world.

Sandy King has produced major theatrical hits including “They Live” and “John Carpenter’s Vampires.” For television she produced “John Carpenter’s Body Bags.” She continues to expand her comic book universe by both creating and writing the award-winning “Asylum” series. King also created, edited and writes stories for “Tales for a Halloween Night” along with Carpenter.