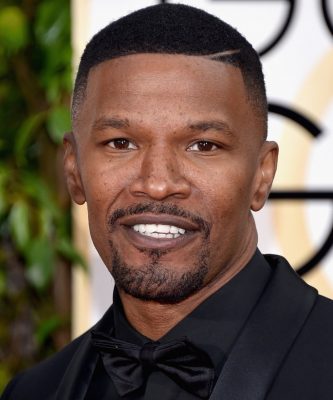 Rich Riley and Lauren Zalaznick to Executive-Produce For Shazam

Grammy-, Golden Globe- and Academy Award-winning actor and musician Jamie Foxx (“Ray,” “Django Unchained”) is set to host BEAT SHAZAM, a unique and interactive game show in which teams of two race against the clock and each other as they attempt to identify the biggest hit songs of all time. In the end, the team with the highest score will outlast the competition and go against Shazam, the world’s most popular song identification app, for the chance to win a cash prize. Executive-produced by Mark Burnett (“Survivor,” “The Voice”) and Jeff Apploff (“Don’t Forget the Lyrics!”), the straight-to-series order is scheduled to premiere in Summer 2017 on FOX. Foxx also will serve as an executive producer.

“Jamie is a quadruple-threat and creative genius,” added Burnett. “He is an incredible actor, comedian, singer and dancer. Also, his musical knowledge is so great that he could probably… BEAT SHAZAM.”

“Shazam is one of the most beloved apps in the marketplace, and can identify millions of songs in a matter of seconds – whether you’re using it to discover a new band or to identify a newly released hit from your favorite artist,” noted Apploff. “It reaches more than 160 million music lovers worldwide, and combined with Jamie Foxx’s amazing talent and worldwide star power, we simply can’t imagine a greater team to create the next big music game show.”

During each episode of BEAT SHAZAM, four teams of two players will go ear-to-ear for a chance to win a cash prize. In each round, Foxx will present a choice of two music categories, ranging from “’80s Favorites” to “Beyoncé Hits.” Teams will hear a song and try to identify its correct title before all the other teams. As the rounds progress, quicker pairs will continue building their banks, while players with the lowest score will be eliminated until only one team remains. That team will play man-versus-machine and attempt to BEAT SHAZAM!