The company will also re-issue several classic graphic novels – including Barbarella, The Incal and The Seven Lives of Alejandro Jodorowsky. Details follow.

(February 18, 2020) Humanoids, the Los Angeles-based publisher of some of the world’s most iconic and groundbreaking science fiction and fantasy graphic novels, has named Eisner award-winning writer Mark Waid as Publisher. In his new role, Waid will lead the content strategy for Humanoids’ LA-based office. In addition to taking the reins as day-to-day creative lead for the company, Waid will be responsible for overseeing editorial, sales and marketing; expanding Humanoids’ relationships within the creative community; and deepening its ties to retailers and librarians. Waid will report to Humanoids’ CEO Fabrice Giger, who was previously both Humanoids’ CEO and Publisher.

“Humanoids is internationally renowned for its history of publishing prestigious, groundbreaking graphic novels,” said Humanoids CEO Fabrice Giger. “With his passion for publishing, respect for the medium’s past, attention to today’s political and cultural landscapes, and keen eye for spotting talent, Mark Waid is perfectly suited to lead the Humanoids publishing team as the new Publisher of Humanoids English-language efforts. We are thrilled with the work that Mark has done and it was time to expand his responsibilities. It’s a significant passing of the baton.”

“Fabrice Giger founded Humanoids in Los Angeles in 1998 with the goal of introducing American readers to the European masterworks by creators like Jodorowsky, Mœbius, Gimenez, and Manara and these classics remain the foundation of Humanoids,” said Waid. “As we look to the future, Humanoids’ publishing slate will honor the legacy of those iconic books, while continuing to innovate and experiment with new publishing initiatives like Life Drawn, BIG and H1.”

In October of 2018, Humanoids announced Waid as the company’s Director of Creative Development and also named John Cassaday as the company’s first ever Chief Creative Officer. Those high profile hirings followed the launch of Life Drawn (a new literary imprint featuring deeply personal, powerful and often political narratives), BIG (an all ages imprint), and H1 (a shared, superpowered universe with all new characters and stories).

The announcement of Waid as Humanoids’ Publisher comes at an opportune time. Timed to the 40th anniversary of THE INCAL by writer Alejandro Jodorowsky and internationally acclaimed artist Mœbius, the company will pay tribute to its illustrious past with a series of high profile publications, including: 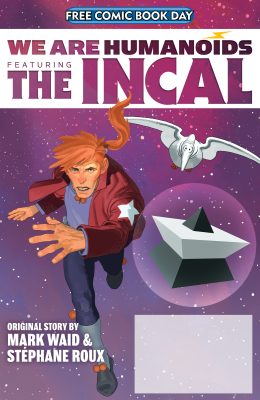 Humanoids returns to the world of THE INCAL, the sci-fi masterpiece by Mœbius and Jodorowsky, with the first original story in close to a decade. This brand-new tale by superstars Mark Waid (Ignited, Kingdom Come) and Stéphane Roux (Star Wars, Birds of Prey), and featuring a cover by Ladrönn (Final Incal, Hip Flask, Inhumans) makes its world premiere for FCBD and serves as the perfect introduction for new readers to discover the seminal series. The 2020 Free Comic Book Day Issue also includes exclusive first looks at the new wave of projects from Humanoids and its imprints.

“Forty years ago, Alejandro Jodorowsky and Mœbius redefined the comics medium with their revolutionary storytelling in THE INCAL,” said Mark Waid. “Our Free Comic Book Day story pays tribute to that iconic science fiction epic, while introducing its characters to a new generation of readers everywhere.” 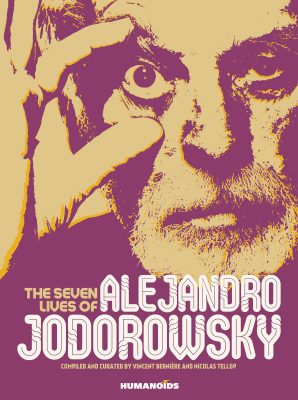 This all-new, oversized hardcover coffee table edition is an appreciation of the legendary filmmaker Alejandro Jodorowsky and provides a definitive overview of his many creative ventures, including his comics writing, his passion and contribution to Tarot, his life in the theater, his rebirth as a 70s cinematic cult figure and his legendary work on the unfinished film adaptation of Dune. Featuring exclusive interviews, photos and much more. 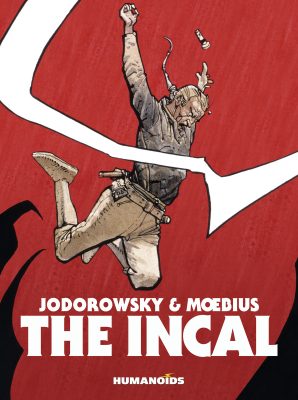 “Jodorowsky is our prophet. Our patron saint of imagination. A man with the mind of a god, where universes upon universes swirl and splinter, explode and coalesce, and wither and flower, all at once, all the time.”—Jason Aaron, Southern Bastards

Humanoids will celebrate the 40th anniversary of THE INCAL with two separate special anniversary editions: a limited edition cover for comic shops to be published timed to Free Comic Book Day and a mass edition featuring the classic yellow Difool cover for bookstores. When the limited edition direct market is sold out, it will not be reprinted. 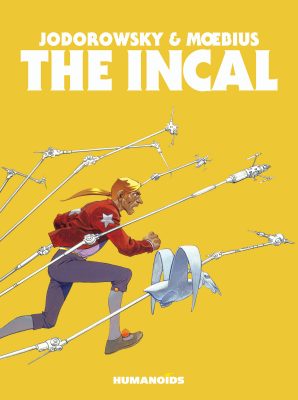 In this iconic story, John Difool, a low-class detective in a degenerate dystopian world, finds his life turned upside down when he discovers an ancient, mystical artifact called “The Incal.” 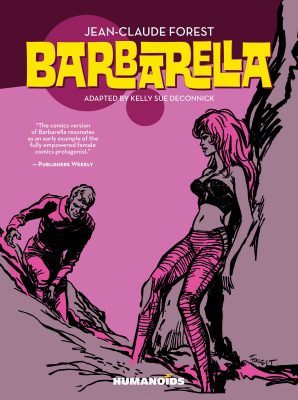 “BARBARELLA is iconic,” said BITCH PLANET writer and co-creator KellySue DeConnick. “But more people know the film than the comic, and THE WRATH OF THE MINUTE EATER is virtually unknown here in the States. I feel lucky to have played a role in making it available to English audiences. I love it. It’s dark, and somehow even more insane than the original.” 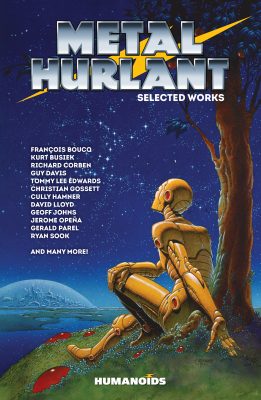 “Métal Hurlant” magazine was created in Paris in 1974 by Moebius, Druillet, and Dionnet, the founding fathers of Les Humanoïdes Associés. This movement soon revolutionized the medium and inspired countless writers, artists and filmmakers the world over. Versions in various languages flourished everywhere, including in the States with “Heavy Metal.” Always with innovation and creativity in mind, Humanoids launched a 13-issue anthology in 2002, to develop relationships with the new wave of comics talent and establish a creative bridge between the US and Europe with stories by comic book stars Geoff Johns, Kurt Busiek, Guy Davis, Jerome Opena, and more. Now highlights from the anthology are being published in book form in a new edition.

“THE INCAL, BARBARELLA and METAL HURLANT are some of the most essential comics ever created,” said superstar artist and Humanoids’ Chief Creative Officer John Cassaday. “For decades, these books have inspired everyone from Brian Bendis, Jason Aaron, Matt Fraction, and Mark Russell to filmmakers around the world. Speaking on behalf of Mark Waid and myself, we feel it’s our responsibility to introduce these classics to the next generation of readers.”

“Humanoids has a wildly ambitious lineup of releases for 2020,” said Waid. “And it’s not just a celebration of our past. No genre is off-limits, no audience left behind. We’ve got NICNEVIN AND THE BLOODY QUEEN, a haunting and unsettling coming-of-age horror story by Helen Mullane, Dom Reardon, Matthew Dow Smith, Lee Loughridge and Jock. We’ve got MPLS SOUND by writers Hannibal Tabu and Joseph Illidge, with art by Meredith Laxton, colors by Tan Shu, and a cover by Jen Bartel, an aspirational graphic novel about a fictional band inspired, and later guided by, Prince himself that was recently announced at the Apollo Theater. We’ve got some brilliant non-fiction on the slate. We’ve got a wide array of books in progress for young readers and the YA audience that we’ll be announcing soon. That range of storytelling and ambition illustrates where our focus is in 2020–and where Humanoids goes from here.”

About Humanoids: Based in Hollywood, California, with branches in Paris and Tokyo HUMANOIDS was co-founded 46 years ago in Paris, France, by legendary creator Mœbius, and has published thousands of titles since, including international bestsellers and iconic series such as The Incal and The Metabarons.