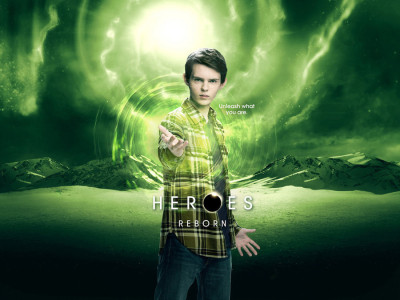 NBC’s six-episode Heroes Reborn prequel, Heroes Unborn: Dark Matters, has been released exclusively on the Heroes Reborn App – which is now available on Google Play. Additional content will be released throughout the summer.

Heroes Reborn: Dark Matter fills in the gap between the conclusion of the original series and the beginning of Heroes Reborn. For further details, follow the jump.

WHERE: Download the “Heroes Reborn” App and start your Heroes experience now:

Available on the App Store and on Google Play

WHAT: The “Heroes Reborn” App offers exclusive access to all six-episodes of the prequel, “Dark Matters” with additional content from “Heroes Reborn” rolling-out throughout the summer.

The prequel “Heroes Reborn: Dark Matters” bridges the gap between the original series and “Heroes Reborn,” reintroducing viewers to the “Heroes” universe and unveiling a whole new generation of “Heroes.”

It’s been five years since the public became aware of the existence of evolved humans or “EVOs” who possess incredible, supernatural abilities. In that time, the public has grown to either fear or revere EVOs. An online community forms around the rallying cry of the anonymous Hero_Truther, who seeks to humanize EVOs in the wake of lies, slander and fear mongering. Among those posting their personal stories is Phoebe Frady (Aislinn Paul “Degrassi: The Next Generation”), who is encouraged to document her origin story by her brother, Quentin (Henry Zebrowski “A to Z”). But as Phoebe struggles to control her power, she attracts unwanted attention from a mysterious new company.

The app provides fans a simple, intuitive way to speed binge on the saga of ordinary people discovering their extraordinary powers – with curated clips from all four seasons of the original “Heroes” series! Plus, fans can relive favorite moments from the series as they explore by character or by season.

WHEN: All six-episodes of the prequel “Heroes Reborn: Dark Matters” available Thursday, July 23, 2015.