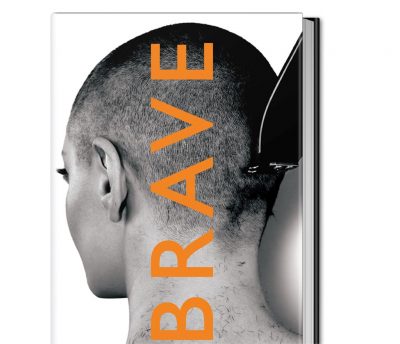 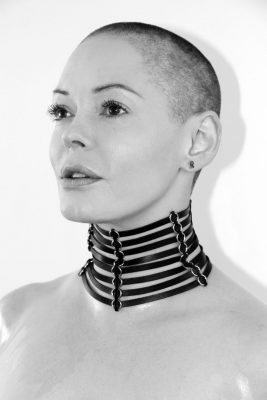 HarperOne is thrilled to present BRAVE by Rose McGowan, on sale January 30, 2018. It is unscripted, courageous, victorious, angry, smart, fierce, unapologetic, controversial, and real as f*ck.

“Hello fellow human, pleased to meet you. My name is Rose McGowan and I am BRAVE. I want you to be too.”

BRAVE is McGowan’s raw, honest, and poignant memoir/manifesto—a no-holds-barred, pull-no-punches account of the rise of a millennial icon, fearless activist, and unstoppable force for change who is determined to expose the truth about the entertainment industry, dismantle the concept of fame, shine a light on a multibillion-dollar business built on systemic misogyny, and empower people everywhere to wake up and be BRAVE.

“My life, as you will read, has taken me from one cult to another, the biggest cult of all: Hollywood. BRAVE is the story of how I fought my way out of these cults and reclaimed my life. I want to help you do the same.”

Rose McGowan is a writer, director, music artist, former actress, entrepreneur, founder of #ROSEARMY and feminist whistle-blowing badass activist who held lead roles in films such as The Doom Generation, Scream, Jawbreaker, and Planet Terror. She starred on the hit series Charmed from 2001 to 2006. Her directorial debut, Dawn, was nominated for the Short Film Grand Jury Prize at the Sundance Film Festival. Her album, skincare line and documentary will all be released in 2018.

About HarperOne
HarperOne and its lines, including HarperElixir, publish books that change lives, influence cultures, build bridges, and withstand the test of time.

Since 1977, HarperOne has striven to be the preeminent publisher of the most important books across the spectrum of religion, spirituality, health, personal growth, work/life balance, and social change literature, adding to the wealth of the world’s wisdom by representing many and varied voices. HarperOne publishes primarily prescriptive and narrative non-fiction, and our authors and books are go-to authorities for readers, consumers, media, leaders, and instructors in all our categories.

About HarperCollins Publishers
HarperCollins Publishers is the second largest consumer book publisher in the world, with operations in 18 countries. With nearly two hundred years of history and more than 120 branded imprints around the world, HarperCollins publishes approximately 10,000 new books every year in 17 languages, and has a print and digital catalog of more than 200,000 titles. Writing across dozens of genres, HarperCollins authors include winners of the Nobel Prize, the Pulitzer Prize, the National Book Award, the Newbery and Caldecott Medals and the Man Booker Prize. HarperCollins, headquartered in New York, is a subsidiary of News Corp and can be visited online at corporate.HC.com.