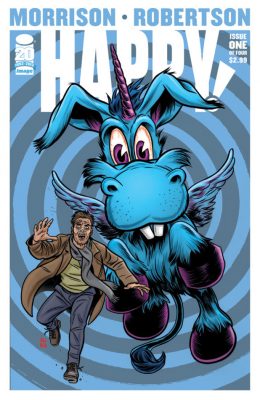 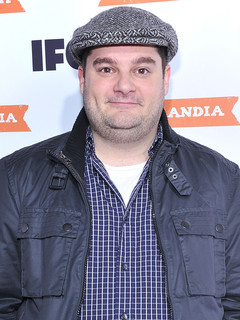 BOBBY MOYNIHAN CAST AS TITULAR VOICE OF HAPPY FOR SYFY!

Pilot is from Universal Cable Productions

BOBBY MOYNIHAN will voice the title role of Happy the Horse — a goofy little blue unicorn with a relentlessly cheerful personality. Together, Happy and Nick Sax (Chris Meloni) make the oddest of oddball buddy double acts.

Moynihan is in his ninth season as a cast member on “SNL” and is currently shooting a single-camera comedy pilot called “Me, Myself & I.” Additionally, he voices the role of Panda on the animated series “We Bare Bears,” Louie on “Ducktales” and Hal on “Nature Cat.”

Moynihan’s past film credits include “The Secret Life of Pets,” “Sisters,” “Staten Island Summer,” “Inside Out,” “Monsters University,” “Brother Nature,” “The Invention of Lying,” “Grown Ups 2” and “When in Rome.” He will next be seen in the upcoming films, “The Book of Henry,” directed by Colin Trevorrow and “Why We’re Killing Gunther,” with Arnold Schwarzenegger.

Moynihan is a performer at the Upright Citizens Brigade Theatre in New York. He is also a co-founder of the sketch group “Buffoons” with friends Charlie Sanders and Eugene Cordero. Moynihan graduated from the University of Connecticut in 1999. He hails from Eastchester, N.Y., and lives in New York City with his wife.

HAPPY! is one of four pilots currently in development at Syfy including the Superman prequel KRYPTON from Warner Horizon Television, THE HAUNTED and THE MACHINE both from Universal Cable Productions.