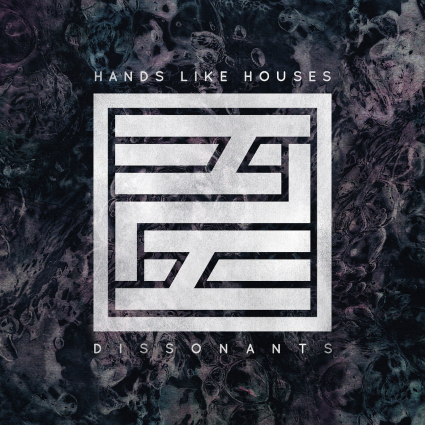 When it comes to the mastery of a sound that’s dense, technical and atmospheric, with an equal and complimentary emphasis on accessible songs crowds around the world demand to sing along with the people standing on the stage, Hands Like Houses built their foundation in a creative neighborhood all of their own.

Hands Like Houses conjure a brand new sound through their own collective artistic voice, drawing deeply from a well of spirited and disparate influences, ranging from the giant arena rock of Linkin Park and moody dissonance of Deftones to the progressive dynamics of Thrice and the heart-on-sleeve urgency of Thursday.

Even as a young band, they are already twice veterans of Warped Tour. One listen to alternately giant but intimate Hands Like Houses anthems like “I Am,” “Introduced Species,” “A Fire on a Hill,” or “Lion Skin” (featuring Tyler Carter and Jonny Craig) demonstrates with abundant clarity just why bands like Pierce The Veil, Sleeping With Sirens, and Silverstein took these five Australians on the road.

“It feels like not only a step forward but also a step to the right,” reasons Hands Like Houses lead vocalist Trenton Woodley. “We never want to make the same album twice but we also never want to leave anybody behind.”

“We spend our life on the road, where playing live has shown us not only which songs the crowd is most responsive to, but also which songs we enjoy playing the most,” Woodley explains. “This album captures so much of that intense energy.”

The heavy and vibe-drenched “I Am” makes for the perfect introduction to the latest full-length mission statement from Hands Like Houses and perhaps for the band overall. “Colourblind” admonishes listeners to let go of tired uncompromising extremes and instead drink in the full scope of the human experience, much as Hands Like Houses aren’t limited by genre perceptions.

“Degrees of Separation” is all four-on-the-floor momentum with upbeat melodies. Incredibly, the fist-pumping enthusiasm of the song is juxtaposed by pensively introspective subject matter, the byproduct of long stretches on the road.

“Bouncing between hemispheres on tour, we got caught in winter for eighteen months,” notes Woodley. “I’m not a person who really likes cold or snow to begin with. It just became such a stark reminder of how much we’d been away over that period. I’d forgotten what the feeling of being warm and at home was like.”

Meanwhile, “Motion Sickness” slams in with a hard-hitting intro that makes way for a synth-driven ethereal edge. There’s a slow-jam type of vibe, with spaced out keys and guitar leads, stitched seamlessly to a hugely anthemic chorus. “Stillwater” aches for the innocence of childhood ambition, a time when, as Woodley puts it, “we were younger and we had no idea of what was possible. So much of what we did was just by doing, without thinking about what was ahead or what was possible.”

Fans of mid-2000s scene luminaries like Circa Survive and Saosin (whose Beau Burchell collaborated on the new album’s “Grey Havens”) will find as much connection and inspiration on Dissonants as followers of Hands Like Houses contemporaries in Beartooth or even their Rise Records label mates in PVRIS. Dissonants crosses many creative boundaries and borders, without ever losing sight of its own identity.

“We’re still just regular people. There are no delusions of grandeur in what we’re doing,” offers Woodley. “We just put everything we are into everything we do.”

Bearers of the blazing torches of screamo, melodic metalcore, alt-rock, and multi-generational bombast, Hands Like Houses maintain one foot in the scene that birthed them while the other steps with confidence into a timeless position occupied by few of their peers. The songs the five men from Canberra created across three albums mine the depths of melancholy and climb the summits of passion, making Hands Like Houses one of Australia’s most celebrated international exports.