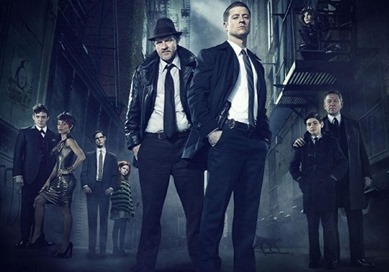 FOX’s Gotham is one of the most anticipated new shows the Fall 2014 season. It’s the story of James Gordon’s rise through the ranks of the Gotham Police Department during the time between the murders of Thomas and Martha Wayne and the appearance of Batman.

To get the details right and make this darker, fictional version of New York city believable takes a lot of work, and a four-part online series of behind the scenes videos gives us an idea of how hard everyone involved is working to to it right. Check out the series after the jump. Gotham premieres on FOX on Monday, September 22 (8/7C).