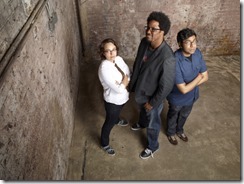 and Will Be Carried Across All Major Distributors

FXX, the entertainment network which debuts on Monday, September 2 (7:00 AM ET/PT), has secured distribution deals with every major provider and will be carried in 72 million homes at launch.  The announcement was made by Mike Hopkins, President, Distribution, Fox Networks.

“With this expansion FXX will be able to deliver even more of the fearless brand of programming viewers have come to expect from FX Networks,” said Mr. Hopkins. “And it’s important to acknowledge that none of this would be possible without our distribution partners.”

FXX has created a website, GetFXX.com, so viewers can learn where to find the channel on their system.

FXX initially will be built on the foundation of original comedy series, movies and acquired series, and expand to include original drama series, all primarily targeted to Adults 18-34.  The network will be anchored by the acclaimed hit comedies It’s Always Sunny in Philadelphia and The League. The network has an exciting launch week planned with the Season 9 premiere of Sunny and the Season 5 debut of The League, along with the launch of the critically acclaimed late night show Totally Biased with W. Kamau Bell, all of which kick off on Wednesday, September 4.  (see highlights below)

FXX is the new basic cable entertainment network launching on September 2, 2013.  Geared toward a young adult audience, the schedule will feature original series, movies, and acquired series.  The channel will be anchored by the acclaimed hit comedies It’s Always Sunny in Philadelphia, The League and Legit, and the critically acclaimed late-night strip, Totally Biased with W. Kamau Bell.  Chozen, a new animated comedy will launch in first quarter 2014.  At launch, FXX will be carried in 72 million homes.  FXX and its sister channels FX and FXM comprise FX Networks, a business unit of 21st Century Fox.

How I Met Your Mother