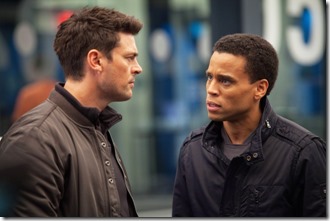 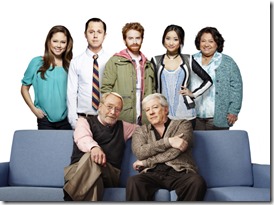 Trust Fox to do things differently: the network has staggered its fall premieres out over two months – from The X Factor’s two-night premiere on September 11th and 12th, to Raising Hope’s season premiere and Enlisted’s series premiere on November 8th.

Follow the jump for the official press release – including dates and times. 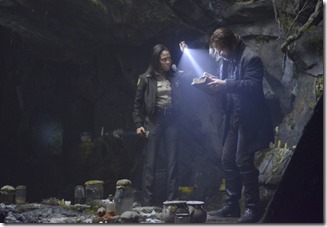 FOX has set the fall premiere dates for its new and returning series.

Darkly amusing procedural BONES enters its ninth season on Monday, Sept. 16 (8:00-9:00 PM ET/PT), followed by the series premiere of the thrilling adventure fantasy SLEEPY HOLLOW (9:00-10:00 PM ET/PT). In this modern-day twist on Washington Irving’s classic, ICHABOD CRANE (Tom Mison, “Salmon Fishing in the Yemen”) is resurrected and pulled two and a half centuries through time to find that the world is on the brink of destruction and that he is humanity’s last hope, forcing him to team up with a contemporary police officer (Nicole Beharie, “42,” “Shame,” “American Violet”) to unravel a mystery that dates back to the founding fathers.

Will Rachel (Lea Michele) be Broadway’s next baby? Will Blaine (Darren Criss) marry Kurt (Chris Colfer)? Can the kids of New Directions win yet again at Nationals? Find out the answers to all these GLEE-related questions when a new season of the hit musical comedy launches Thursday, Sept. 19 (9:00-10:00 PM ET/PT), following THE X FACTOR.

New unscripted series MASTERCHEF JUNIOR is set to debut Friday, Sept. 27 (8:00-9:00 PM ET/PT). The new culinary competition series for talented kids gives budding cooks between the ages of eight and 13 the opportunity to showcase their talent, culinary smarts and passion for food through a series of delicious challenges and cook-offs. Award-winning chef Gordon Ramsay, restaurateur and winemaker Joe Bastianich (Del Posto, Eataly) and acclaimed chef Graham Elliot (Graham Elliot, Graham Elliot Bistro) coach and encourage the promising hopefuls to cook like pros and teach them the tricks of the trade along the way.

Friday nights beginning on Nov. 8 are all-new when BONES moves to a new night and time (8:00-9:00 PM ET/PT) and RAISING HOPE (9:00-9:30 PM ET/PT) kicks off an all-new hour of comedy, followed by the series premiere of the new sibling comedy ENLISTED (9:30-10:00 PM ET/PT). Written and created by Kevin Biegel (“Cougar Town,” “Scrubs”) and starring Geoff Stults (“Ben and Kate,” “The Finder”), Chris Lowell (“Private Practice,” “Veronica Mars”) and Parker Young (“Suburgatory”), ENLISTED is an irreverent single-camera comedy about an older sibling who returns home to reconnect with his two brothers and lead a group of misfits on a small Florida Army base. 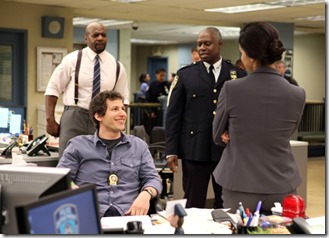 Fall premieres of new and returning series are listed below in chronological order (all times are ET/PT):