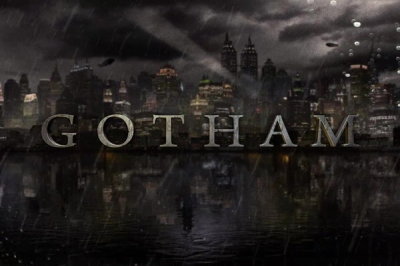 FOX has ordered the final six episodes to give its new hit series Gotham a full season.

The story of Gotham between the murders of Thomas and Martha Wayne and the advent of The Batman stars Ben McKenzie as rookie police detective James Gordon – possibly the last good cop in the corrupt Gotham Police Department, David Mazouz as the young Bruce Wayne and Donal Logue as Gordon’s potentially salvageable partner, Harvey Bullock.

Gotham was created by Bruno Heller. Follow the jump for more. The next new episode of Gotham airs tonight at 8/7C.

THE GOOD. THE EVIL. THE FULL SEASON ORDER.

FOX has ordered six more episodes of this fall’s breakout new drama series, GOTHAM, it was announced today by Dana Walden and Gary Newman, Chairmen and CEOs of Fox Television Group. The announcement raises the series order to 22 episodes.

“GOTHAM debuted as one of the most buzzed-about shows of the fall, and with good reason. Bruno Heller and Danny Cannon have created an incredibly rich world, with characters that draw you in and a cast that brings to life these heroes and villains in a way we’ve never seen before,” said Walden and Newman. “We are so excited to see where Bruno, Danny and the entire GOTHAM team take this story over the course of this season, and so thankful to all the fans who have embraced it this fall.”

GOTHAM is tied as Monday night’s No. 1 drama among Adults 18-49 and is this season’s No. 1 broadcast drama overall among Men 18-49 – a full rating point ahead of the No. 2 drama in that demographic. The debut episode, which  exploded into Premiere Week with a 6.0/18 rating among Adults 18-49, outperformed “Blacklist” and “Scorpion” and delivered  FOX’s highest-rated fall drama debut in 14 years. This Live +7 rating reflects the largest post-three-day ratings gain (+0.9) of any broadcast drama, ever. In addition, GOTHAM’s premiere drew 14.1 million viewers in the first seven days and has been streamed more than two million times to date on FOX NOW and Hulu. The show’s second and third episodes continued this positive trend, each delivering a 4.0 rating or higher in just the first three days, making it one of the Top Three dramas overall on broadcast television this season.

In the next all-new episode of GOTHAM, “Arkham,” airing tonight (8:00-9:00 PM ET/PT) on FOX, a contentious city council vote on the future of the Arkham district approaches, and politicians on both sides are in danger. Gordon (Ben McKenzie) and Bullock (Donal Logue) must race to protect the council. Meanwhile, Oswald Cobblepot (Robin Lord Taylor), who has already been christened “The Penguin,” takes violent measures to further ingratiate himself with Maroni (guest star David Zayas), and an old friend pays Gordon a visit.

GOTHAM is an origin story of the great DC Comics Super-Villains and vigilantes, revealing an entirely new chapter that has never been told. From executive producer/writer Bruno Heller (“The Mentalist,” “Rome”), GOTHAM follows one cop’s rise through a dangerously corrupt city teetering between good and evil, and chronicles the birth of one of the most popular super heroes of our time. The entirely new, untold chapter stars Ben McKenzie (“Southland,” “The O.C.”), Donal Logue (“Vikings,” “Sons of Anarchy”) and Jada Pinkett Smith (“Hawthorne,” “Collateral”).

GOTHAM is based upon the characters from DC Comics and is produced by Warner Bros. Television. Executive producer Bruno Heller (“The Mentalist”) wrote the pilot, which was directed and executive-produced by Emmy Award nominee Danny Cannon (the “CSI” franchise, “Nikita”). John Stephens serves as an executive producer on the series. “Like” GOTHAM on Facebook at facebook.com/GOTHAMonFOX. Follow the series on Twitter @Gotham and join the discussion using #gotham. See photos and videos on Instagram at @GOTHAMonFOX.