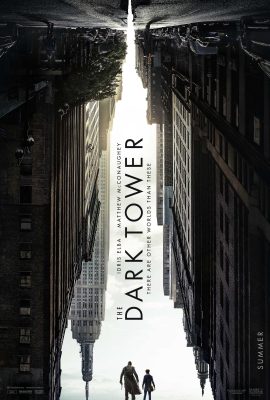 Columbia Pictures has released a handful of first look photos from it’s upcoming film, The Dark Tower, They feature Roland (Idris Elba) and/or The Man in Black (Matthew McConaughey.

To me, they look pretty good – like the film really captures both characters – and the Wasteland.