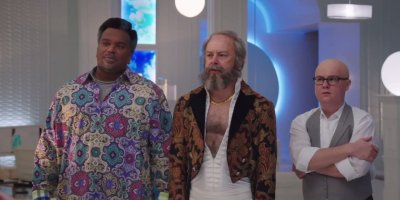 The trailer for Hot Tub Time Machine 2 looks good enough to give us hope that it won’t be a mere retread of the original.

Now we have a new poster that suggests that the sequel might just be taking the mickey out of the whole sequel concept. Soak Harder? Absolutely!

Check it out after the jump. Hot Tub Time Machine bubbles into theaters on February 20th. 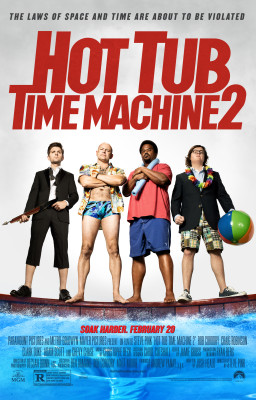 When Lou (Rob Corddry) finds himself in trouble, Nick (Craig Robinson) and Jacob (Clark Duke) fire up the hot tub time machine in an attempt to get back to the past. But they inadvertently land in the future with Adam Jr. (Adam Scott). Now they have to alter the future in order to save the past… which is really the present, in the sequel from the same team that brought you the original cult hit.
HOT TUB TIME MACHINE 2 is in theaters February 20th
Site: http://www.hottubtimemachine.com
Facebook: https://www.facebook.com/hottubtimemachine
Twitter: http://www.hottubtimemachine.com
YouTube: https://www.youtube.com/HotTubTimeMachine2
#HotTubTimeMachine