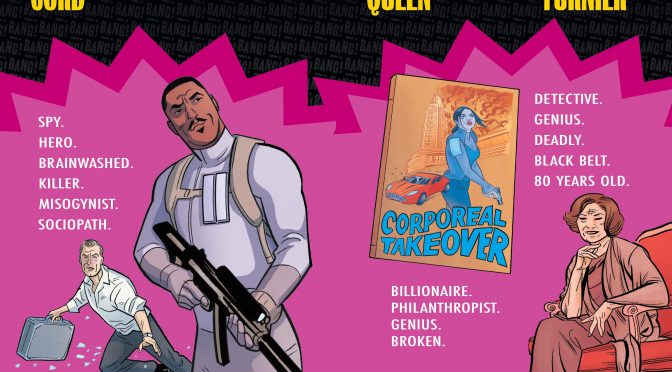 Featuring a black, sociopathic, misogynistic (and possibly brainwashed) secret agent and a few other eqaully peculiar characters, the first issue of BANG! will be in comics shops February 19th. 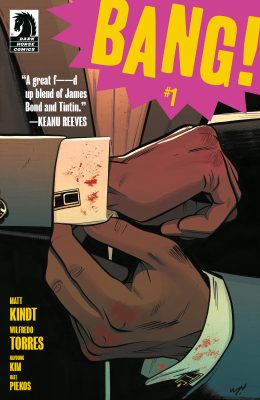 (December 18, 2020) Months ahead of its highly anticipated release from Dark Horse Comics, the buzz is building for BANG! by writer Matt Kindt (MIND MGMT), artist Wilfredo Torres (JUPITER’S CIRCLE) colorist Nayoung Kim and letterer Nate Piekos. Accolades are rolling in ahead of the series’ debut:

“A great fucked up blend of James Bond and Tintin.” — Keanu Reeves

“I will literally read anything by Matt Kindt or Wilfredo Torres. Put them together and it’s magic. Skip dinner and buy this book” — Mark Millar

“I fucking love this comic! it’s literally everything I want out of one of my favorite creators!! Congrats to the entire team. This is how you make comics!!” — Brian Michael Bendis

“Thanks to Kindt and Torres we finally have our Idris Elba-James Bond, and it’s exactly as cool as you imagined.” — Jeff Parker

“I love Matt Kindt and I love Wilfredo Torres, so it’s no surprise that I loved BANG! It’s like the weirdo, mind-bending James Bond story I didn’t know I wanted.” — Jeff Lemire 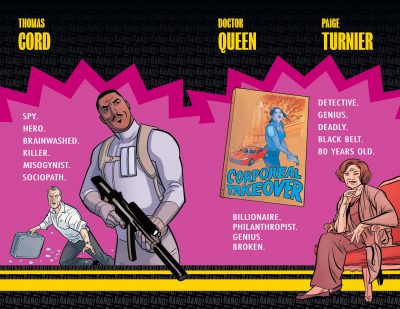 “BANG is a fun, twisty spy thriller with a great meta-twist.” — Jay Faerber

“Imagine James Bond being abducted by David Lynch and forced into a maze that shifts with every step forward. The ground is unsteady. The walls of reality move. This is the world of BANG!, a spy thriller expertly conducted by Kindt and Torres, a mystery box that truly starts off with a… Well. You know.” — Van Jensen

Until now, plot details for the all new, four-issue comic book series have been kept confidential and under wraps. “At the center of the series is international man of mystery, Secret Agent Thomas Cord,” said artist and co-creator Wilfredo Torres. “He is, they say, the best at what he does.”

“Agent Cord is one complicated individual,” said writer and co-creator Matt Kindt. “He might be the country’s top spy, but he’s also a misogynist and a sociopath. Oh and he’s possibly been brainwashed.” 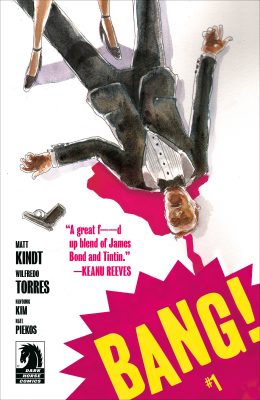 “Agent Cord is just part of a much larger mystery and international conspiracy,” said Torres. “BANG! is a high octane, globe-trotting adventure story full of questionable characters, crime, and questions within questions.” 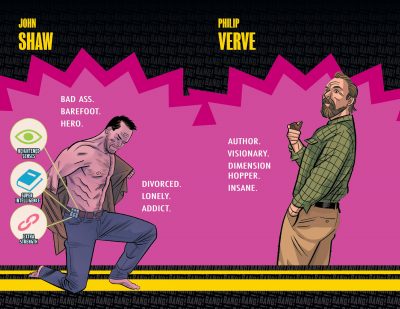 Dark Horse Comics will debut the first issue of BANG! on February 19, 2020 featuring a main cover by Wilfredo Torres and a variant cover by Matt Kindt.