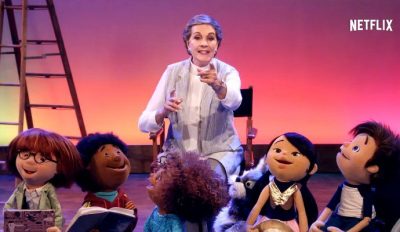 Julie’s Greenroom is an all-new arts educational show for the very young starring the legendary Julie Andrews and brought to life by the ingenious minds at Jim Henson Studios. Seven young friends learn all about the arts (dance, singing, performing, painting, and more) from Julie herself and unique guest stars (Idina Menzel, Alec Baldwin, David Hyde Pierce) in each episode.