USA has your Thursday nights covered with all new episodes of Royal Pains at 9/8c and the network’s newest series Fairly Legal at 10/9c.  What will happen to HankMed? Will Divya go through with her marriage to Raj? What does Boris have in store for Hank’s father Eddie? Find out when all-new episodes of Royal Pains return at a new time!  Royal Pains stars Mark Feuerstein, Paulo Costanzo, Reshma Shetty, Henry Winkler, Campbell Scott and more!  Visit the official Royal Pains website at http://www.usanetwork.com/series/royalpains/ for exclusive content and become a fan on Facebook at http://www.facebook.com/royalpains. 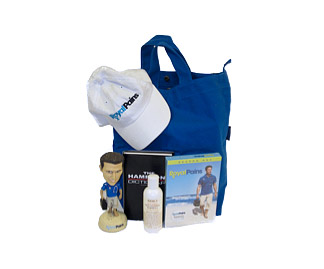 Contest Rules
It’s simple either sign up for the official EclipseMagazine.com Twitter feed at (Twitter.com/eclipsemagazine) and  Tweet me (Twitter.com/TiffanyDEmidio) using the tag #eclipsemagazine and #RoyalPainsGiftBag or you can email me (tdemidio at eclipsemagazine dot com) and you will automatically be entered to win this fantastic prize! The winner will be chosen Wednesday, January 19th.

This contest is open to residents of the U.S. & Canada. Prize courtesy of USA Network. Prize pack value:  $130