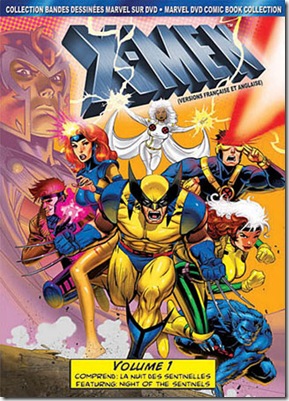 Volume 1 includes the show’s first sixteen episodes, and includes the introduction of such classic X-Men villains as Magneto, Master of Magnetism, Sabretooth, bigoted government agent Henry Gyrich, and the Juggernaut, among others. The series was produced in the same manner as the comic: serialized with multiple plot arcs and having the same characterizations. Thus the Cyclops/Jean/Wolverine triangle; the Genosha Project [utilizing enslaved mutants to build a paradise]; the Days of Future Past arc [a mutant from the future tries to change his world by preventing an assassination in the present, and more. Along the way, the team added more members, including Colossus, and the series acquainted us with more Marvel concepts – like the Savage Land.

Volume 2’s seventeen build on the Marvel/X-Men universe by continuing to add characters to the rosters of the team and its [you should pardon the expression] rogues’ gallery, and exploring the depths and limits of human vs. mutant prejudice. Villains like Mr. Sinister and Mystique reappeared and Xavier and Magneto had to co-operate to survive in the aforementioned Savage Land. The show delved into the pasts of some characters, though A Rogue’s Tale is probably the best of such explorations. 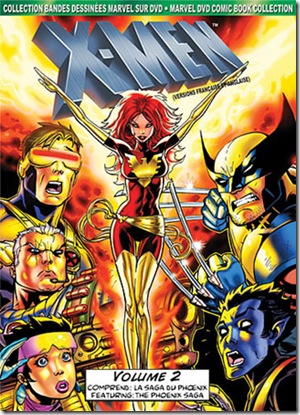 Although X-Men’s animation isn’t quite up to modern standards, it’s very good for television of the time [and it’s hard to believe that it’s better than a decade since the series concluded]. The writing is pure Marvel: even the superheroes and villains have problems of the more mundane varieties that plague us mere mortals. The language is heightened in the merry Marvel manner – though not as much as in the comics – and the series most likely gave its fans a bit of a leg up when it came to vocabulary.

Overall, X-Men holds up very well. Its style and verve put it right up there with classic animated series like The Real Ghostbusters and Marvel’s other quality series of the period [The Incredible Hulk, and Spider-Man]. It would have been nice to have some featurettes – or even a commentary track or two – but these no-frills releases get full marks for a solid, crisp transfer of these smarty and very entertaining adventures.