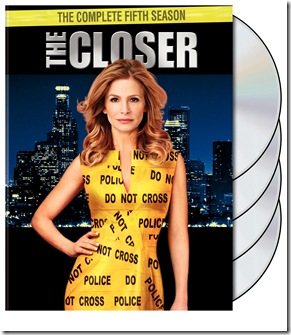 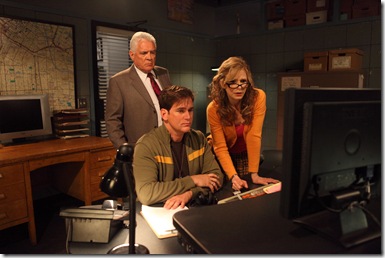 The Closer had a very interesting fifth season with some cast changes and new challenges for Sedgwick’s character but the nice thing about the series is that they don’t turn it into a soap opera about the character’s personal lives. There are no controversial or shocking storylines just for the sake of trying to create drama. The series instead uses the kind of realistic character dynamics that allows Jon Tenney’s character the alcoholic Agent Fritz Howard to simply be someone who makes the daily choice to not take a drink instead of being focused on over the top dramatics regarding his recovery from addiction. The same with Brenda’s personal life, which is more a mirror of the day to day challenges faced by most working women. Keeping the heavy soap opera approach out it is part of what makes The Closer work well as a police procedural drama. 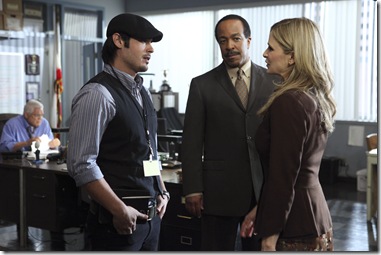 Another big reason why The Closer has been around for five seasons and starting into their sixth is the good chemistry and strong working dynamics of the cast. Season Five brought in some new players such as internal affairs officer Sharon Raydor (Mary McDonnell) who will be returning for the sixth season in an even bigger story arc and Brenda’s niece Charlie (who was played by Sedgwick’s real life daughter Sosie Bacon).

As for the release of The Closer: The Complete Fifth Season on DVD, while the quality of the release of the episodes in this format is of good standard, its overshadowed by the announcement that the first five seasons of The Closer will soon be available for HD digital download release.

While I really liked the quality of the release of the episodes, I mean they looked as good as HD to me, the special features were not as attention grabbing as I would have liked. You have the usual gag reel and the unaired scenes, which were my favorite bonus features.  However I found the Seen At the Crime Location Map and the Travel To Various Locales Where Memorable Series Moments Were Shot bonus features to be boring and I quickly lost interest in watching them.