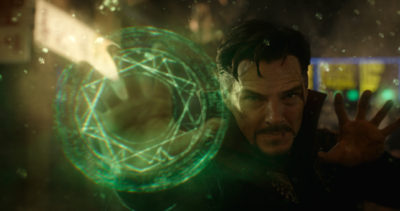 Let’s just say that if he was alive, Steve Ditko would likely be giggling madly in a corner – thrilled (and maybe a little bit jealous) that a movie could actually create the worlds and characters that he was the first to draw. Dormammu would have knocked his socks off!

Even though Doctor Strange is a less well known Marvel hero, the trailers did a great job of giving non-comics fans the basics: arrogant neurosurgeon Doctor Stephen Strange was in a horrendous car accident and lost the use of his hands. After western medicine failed to heal him, he turned to eastern methods – finally arriving at the home/school of The Ancient One. After being thoroughly humbled, he begged to learn about magic and became a master of the mystic arts.

The basic plot was Marvel’s twist on some old (even ancient) tropes, with Stan Lee’s gift for hyperbolic plotting and dialogue melding with Ditko’s otherworldly ideas and art to create something new – to comics and, now, to film.

The film’s trio of writers –Jon Spaihts (Prometheus), director Scott Derrickson & C. Robert Cargill (Sinister 1 & 2) – have managed to capture the magic of the comics in terms of character and the Marvel variations on familiar tropes. Director Derrickson has taken the extremely good script and given it the performance muscle and visual splendor it needed to succeed.

To say that Doctor Strange is a visual feast would be as much an understatement as saying the ocean is wet.

Unlike a lot of superhero movies (Marvel ones included), Doctor Strange opens with a burst of magic as a sorcerer we learn is named Kaecillus (Mads Mikkelsen, Hannibal) breaks into a library, kills the librarian and rips two pages out of an ancient book. 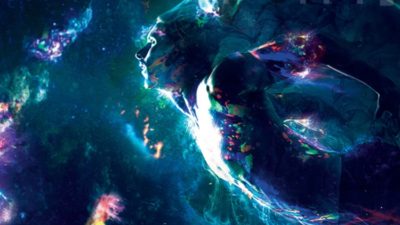 Then and only then do we meet Dr. Stephen Strange (Benedict Cumberbatch, Sherlock), genius neurosurgeon, at work – swaying slightly to music and naming titles, artists and years of release – and being a jerk about it. Following the surgery, he’s called in to consult on another case – in ER – by Dr. Christine Palmer (Rachel McAdams, Mean Girls, True Detective).

The original doctor had declared the patient brain dead but not only does Strange disagree, he totally humiliates the first doctor then proceeds to save the patient’s life – moving from jerk to utter assh*le in a few minutes.

Later, on the way to a speaking engagement, he takes his eye of the road to confirm receiving x-rays from a promising case (promising to save a life and boost his own ego and reputation) just long enough to clip another car and careen down an embankment.

Read the whole western medicine fails to heal his hands and he winds up in Kathmandu, Nepal thing – where he’s humbled by The Ancient One (Tilda Swinton), before opening his mind and rapidly learning about magic (though still having some small ego problems). Swinton is absolutely magical as The Ancient One – she plays her with such verve that you know she’s having more fun than anyone should ever have without either sex or chocolate being involved. 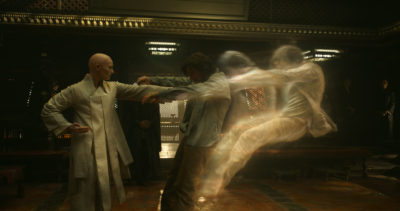 As he learns magic, he also learns The Ancient One’s philosophy – though his desire to learn leads him to become a thorn in the side of Wong (Benedict Wong, Marco Polo) guardian of the school’s library (leading to some of the film’s niftiest humor). Strange’s greatest lesson is just four words…

From there, it’s only a matter of time before he finds himself confronting Kaecillus – who has used his stolen pages to ally himself with Dormammu (Ditko would have loved what they did the character), ruler of the Dark Universe, who promised him immortality).

With the cast that Doctor Strange has, you can be sure that no one phoned it in – the cast is superb throughout. Cumberbatch and Swinton have the most demanding roles and make the most of them, but the rest of the cast (even the bit players) are strong.

McAdams takes a role that is pretty basic and gives it a real, affecting quality. She makes us believe that, in spite of his arrogance, she actually cares for Strange – even after he rejects her help; accusing her of pitying him. 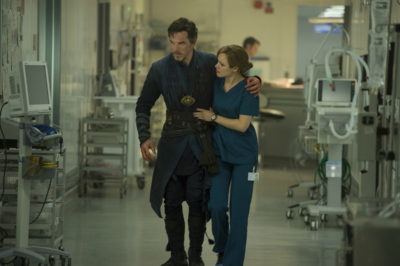 Derrickson’s approach – give ‘em something to blow ‘em away, then layer in the character arcs – gives the audience enough of a change of pace to hook them and the character arcs pull them further in and until the fireworks (and even through the visual effects, character remains a vital piece of the proceedings).

And what visual effects we get! Doctor Strange is that rare film which absolutely needs to be seen in 3D.

The CG work in doctor Strange is far ahead of Inception as Inception was to everything that preceded it. Whether it’s cityscapes bending, breaking, turning in on themselves and reassembling, or the Dark Universe and the Dread Dormammu, the visuals have weight and depth and could have literally jumped of the pages of Ditko artwork.

They are, in short, miraculous!

That’s also a word that could describe the film – but it might be simpler to just say that Doctor Strange is magic.