When Strange meets The Ancient One, he is skeptical of the magical power she claims to possess. After some convincing, Strange decides to stay at the temple as a pupil, fiercely studying the art of sorcery. As he grows strong, Strange also learns of a greater threat—a former pupil turned evil Kaecilius (played by Mads Mikkelsen), has felt betrayed by The Ancient One, and seeks revenge by aligning himself with a dark power. Strange thus finds himself in the center of a war for control of the Earth in the multiverse. 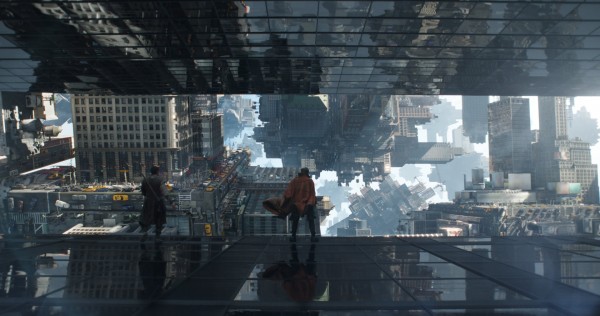 What works in Doctor Strange are the characters, the unusual fight sequences, and direct references to the source material. As Strange, Cumberbatch lends his typical charm blended with genius which comes as strong and entertaining. Not to say that the supporting cast, including MIkkelsen, Swinton, and Chiwetel Ejiofor (as fellow student Mordo) aren’t also very effective, but this is really Cumberbatch’s show, and watching him play the sorcerer with such resolve and glee, it is nothing short of delightful.

The action in Doctor Strange has been described by most as trippy, and that’s a fair assessment. Imagine wizards dueling in an M.C. Escher painting, and you’re not far from the final product. As such, the 3D in Doctor Strange truly works well to enhance the viewing experience. Characters zip through space (and time) and use full advantage of digital technology to make for some memorable sequences that are visually arresting. 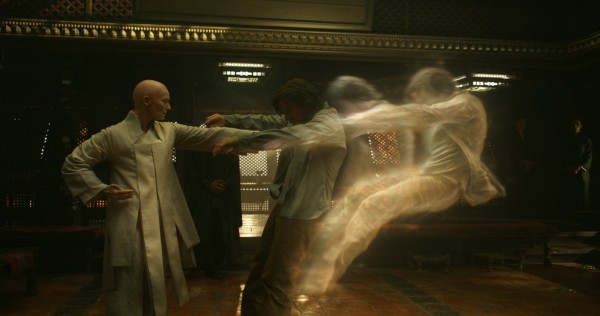 Longtime fans of Marvel comics may recall that Doctor Strange first appeared in their trades as a mysterious new character in 1963, and has remained a mainstay for decades, even holding his own solo title at the time of this film’s release. Director Scott Derrickson exhibits wonderfully playful respect for the Doctor Strange pages created by now-comics legends like Steven Ditko by bringing much of Strange’s iconography to life by way of costumes, dialogue, props, and settings. Hardcore fans and readers will be pleased to discover plenty of references hidden throughout.

While the majority of Doctor Strange works as an entertaining and engaging ride, there are some who will likely argue that the overall narrative arc is all too familiar, especially in the context of other Marvel films. This is a fair criticism to levy, as watching an overconfident billionaire lose everything only to emerge a hero, is not exactly breaking new ground.

In the end, Doctor Strange is fantastic fun. If you’re a fan of Marvel films in general, you’ll likely appreciate how they (literally) expand the universe with Doctor Strange, opening up some exciting new doors and possibilities for future films.