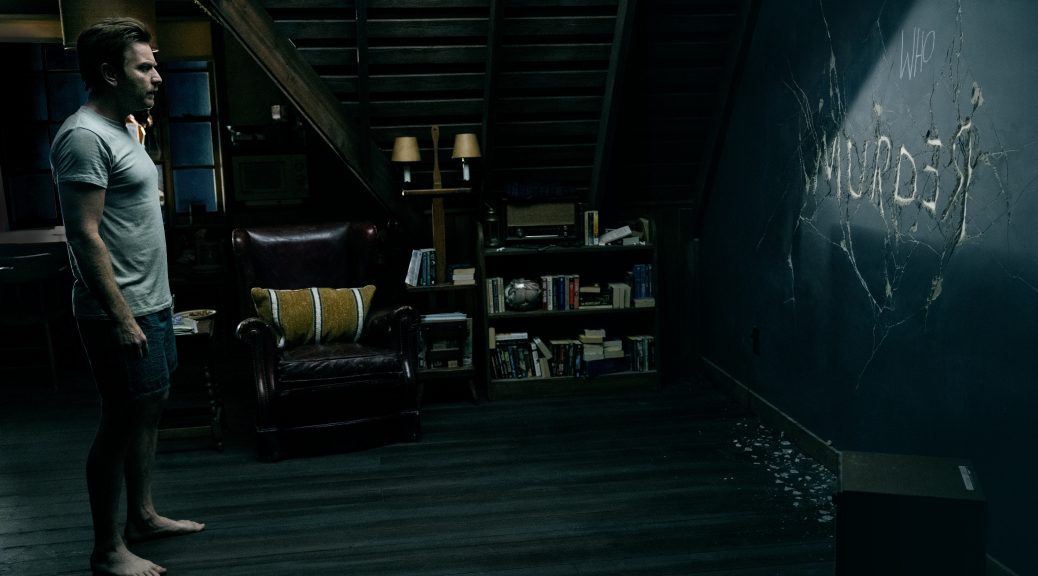 Doctor Sleep follows the decades-older Danny Torrance (Ewan McGregor) – now going by just Dan – as he wallows in booze and casual sex to keep his Shining from shining – Until something strange happens.

What you need to know: Doctor Sleep is about twenty minutes too long but is still remarkably unsettling and, occasionally, genuinely scary.

Dan shakes off his stupor for good reason in the form of a ghostly Dick Hallorann (Carl Lumbly) and is soon getting off a bus in a small New Hampshire town – where he takes a job (at which he is surprisingly good) at a hospice thanks to Billy Freeman (the always reliable Cliff Curtis), who just seems to know that Dan can be trusted.

These folks are not human – they eat the shining in others – mostly by hurting them in extreme ways to ‘purify’ what they ‘steam.’

On yet another arc, we Meet Abra Stone (Kyliegh Curran), a tween girl who has more than her fair of shining but has gone under Rosie’s radar for most of her life.

That changes when Abra accidentally finds herself watching as the True Know dispatch a young baseball prodigy (Jacob Tremblay, The Room) and Rosie sees her.

Back in small town New Hampshire, Dan has discovered a mysterious pen-pal through a blackboard wall in his rented room – and you can probably guess who that might be.

As these three arcs merge, we are drawn into both the confusing and bizarre story as well as Danny’s past – extensive sequences take place in a magnificently recreated Overlook Hotel, where we see some key scenes from a new perspective.

While the story in Doctor Sleep is taken from Stephen King’s novel, writer-director-producer-editor Mike Flanagan (Oculus, Ouija: Origin of Evil, The Haunting of Hill House) has shaped it as sequel to Stanley Kubrick’s The Shining.

Thus, we encounter Wendy Torrance (Played her by Alex Essoe, The Drone) and Jack Torrance (ET’s Henry Thomas[!]) in key moments that illustrate how Dan has changed (and how he has not).

My favorite new character – aside from Ferguson’s Rosie the Hat (a truly diabolical antagonist) – has to be Azzie, the hospice cat who jumps up on the bed of whichever patient is going to die next (and helps Dan acquire the titular nickname of Doctor Sleep).

By and large, Doctor Sleep is gorgeous to look at – Michael Fimognari (Oculus, Ouija: Origin of Evil) captures the beauty of that small New Hampshire town; the beauty of a forest and the nasty vibe surrounding the True Knot.

While we get ample opportunity to get to know Dan and Abra, Flanagan also gives us time to realize that, for all that they are evil, the True Knot is a functioning surrogate family that is far less dysfunctional than many real-world families.

Most of that is sold by Ferguson who layers Rosie with strength, longing, regret and a ferocious hunger.

The one thing that keeps Doctor Sleep from being great is that Flanagan (who really should have let someone else edit) runs many scenes too long – most of which have no real connection to either the plot or to building/developing characters.

Still, Dan’s journey from the Overlook of his childhood to the Overlook in his present is mostly gripping and comes to a truly fitting and perversely happy conclusion.