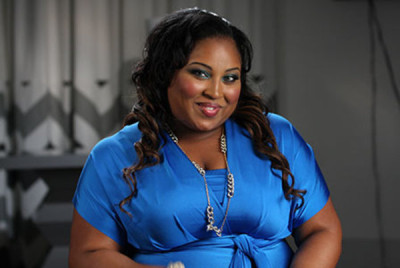 Crazy Talk, a daily first-run comedic half-hour will be launched this fall by NBCUniversal Domestic Television Distribution (which is a mouthful in and of itself).

The series, hosted by Tanisha Thomas (Bad Girls Club) and Ben Aaron (New York Live), will take a look at some of the outlandish and downright bizarre things that occur on the reality television landscape.

Crazy Talk has been sold to major station groups (FOX, Sinclair, Hearst, Tribune, CW Plus, Cox, Meredith, Raycom and Media General.) across 80% of the US. For further details, follow the jump.

First-Run Comedic Half-Hour Syndicated Show, Hosted by Tanisha Thomas and Ben Aaron, Has Sold in 80% of the US

To date, Crazy Talk has been sold in 80% of the US to major station groups including Fox, Sinclair, Hearst, Cox, Meredith, Raycom, Media General and CW Plus according to Ed Swindler, President NBCUniversal Domestic Television Distribution and NBC Broadcast Operations.

“Crazy Talk is a fast-paced, laugh-out-loud comedic show which raises an eyebrow on the most outlandish and sometimes bizarre moments across the rapidly growing reality television landscape. Our hosts will infuse a comical spin on these moments to create fantastic fodder for a daily show,” said Swindler. “We are confident this format will bring laughter to viewers and energize the comedy space in broadcast syndication.”

Hosts Tanisha Thomas (Bad Girls Club, Girlfriend Intervention, pictured above)) and Ben Aaron (New York Live) will inject their raw and hilarious banter into the absurd, ridiculous, and most watched TV clips that viewers can’t resist watching. The show will welcome back some of the stand-out guests featured in these memorable clips to provide the inside scoop behind their crazy moments. Aaron will also venture outside the studio, roaming the city, to bring viewers his signature “Man on the Street” segments. The bottom line: Crazy Talk celebrates the craziness in television and all of the humor that comes with it.

Crazy Talk will be taped in front of a live studio audience at the Stamford Media Center. The Stamford Media Center is also home to the long-running and successful NBCU talk shows including The Jerry Springer Show, The Steve Wilkos Show and Maury. The show is produced and distributed in the U.S. by NBCUniversal Domestic Television Distribution. Paul Faulhaber will serve as the show’s Executive Producer.

About Tanisha Thomas:
Tanisha Thomas is the hilarious, larger-than-life Brooklynite who was first introduced to television audiences in 2008 as a cast member in Oxygen’s The Bad Girls Club. She quickly became the show’s number-one fan favorite and went on to host the show’s reunion specials as well as the dating competition show, Love Games: Bad Girls Need Love Too, and also had her own solo docu-series, Tanisha Gets Married. Most recently, Thomas appeared on Lifetime’s makeover show, Girlfriend Intervention, where she drew upon her own life experiences as she worked with women who have fallen on hard times to give them the boost that they need to transform their lives for the better. In addition to hosting Crazy Talk, Thomas is working on a cosmetics line, a plus size movement called “PLUSH,” and anticipating the release of her first book, Diary of a F.A.T. Girl, a memoir chronicling the dramatic highs and lows of her journey from Brooklyn to Hollywood and her ongoing search for happiness.

About Ben Aaron:
To the New York metropolitan area, Ben Aaron is a daily contributor for WNBC’s New York Live, but nationally Aaron is known for his ‘dance walking fitness’ viral video, which has over 3 million YouTube views. Aaron’s introduction into entertainment began at a young age when he hosted his own public access show from his basement. His passion for the various facets of show business continued to grow and he had his first on-air radio job by age 18. Aaron’s career in radio segued into a career as on-air reporter for programs all over the country from Tucson to Boston to Los Angeles and other cities. In 2009, Aaron joined WNBC and in addition to his on-air appearances for New York Live, he is responsible for writing, editing and producing daily segments on lifestyle topics. His on-camera feature reporting work with WNBC has earned him 3 New York Emmy® Awards. Aaron has also served as a contributor for Extra, Meredith and the 4th hour of Today. Aaron holds a Bachelor of Arts degree in radio from Emerson College and resides in New York with his wife.