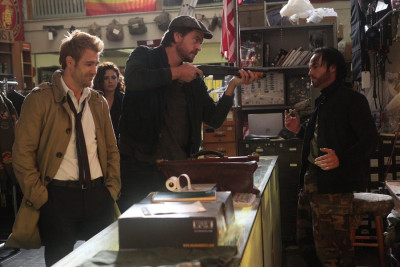 Chas must bargain for his daughter’s life on the next Constantine, Friday at 8/7c on NBC.

In the first episode of a noir-inspired claymation series, John heads to Los Angeles to hunts down a pair of missing producers.

Photo by Annette Brown/Courtesy of NBC