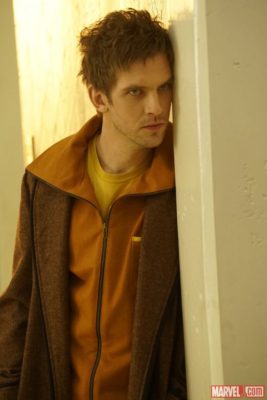 Moments ago, FX premiered the first trailer for Legion, the Marvel-inspired series about David Haller – a man who is forced to consider the possibility that he’s not schizophrenic and that the voices in his head are real.

The series was created by Fargo creator Noah Hawley and stars Dan Steves as Haller. Follow the jump to watch the trailer, hot from the Cup O, Joe panel with Marvel COO, Joe Quesda.

FX has just posted the first look at Legion, the highly-anticipated new drama series from Fargo creator Noah Hawley. This first official trailer of Legion was unveiled only moments ago at San Diego Comic-Con during the Cup O’ Joe Panel with Marvel COO Joe Quesada. Legion, a co-production of FX Productions and Marvel Television, will debut on FX in early 2017.

DESCRIPTION:  Legion follows David Haller, a troubled young man who may be more than human. Diagnosed as schizophrenic, David has been in and out of psychiatric hospitals for years. But after a strange encounter with a fellow patient, he’s confronted with the possibility that the voices he hears and visions might be real. Legion debuts in early 2017 and is produced by FX Productions and Marvel Television.

Legion will debut on FX in early 2017 and is produced by FX Productions and Marvel Television.

Looking for us on social media? Please see below for the official accounts of FX Networks and Legion: