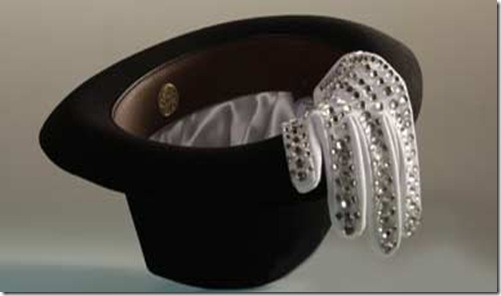 This will be the last thing I post about this, otherwise I’ll start to feel like a ghoul or something. Michael Jackson’s celebrity friends have started to give their reactions. Cher, calling in to Larry King Live on CNN, shared many memories of Jackson, including dancing together on the Queen Mary and seeing the musical Dreamgirls together. “I am having a million reactions,” said Cher. “When I think of him, I think of this young boy, this teenager I first met … He was a great teenager, optimistic and adorable.”

Elizabeth Taylor, one of Jackson’s closest and longstanding friends, was “too devastated” to issue a statement, her rep says, while Quincy Jones, who produced Jackson’s biggest hits, says, “I am absolutely devastated at this tragic and unexpected news. For Michael to be taken away from us so suddenly at such a young age, I just don’t have the words. Lisa Marie Presley, who was married to Jackson from 1994 to 1996, says, “I am so very sad and confused with every emotion possible. I am heartbroken for his children, who I know were everything to him, and for his family. This is such a massive loss on so many levels, words fail me.”

Usher said he was “deeply saddened” by the loss and paid tribute to Jackson’s legacy. “May God cover you Michael. We all lift your name up in prayer. I pray for the entire Jackson family particularly Michael’s mother, children and all his fans that loved him so much. I would not be the artist, performer, and philanthropist I am today without the influence of Michael. I have great admiration and respect for him and I’m so thankful I had the opportunity to meet and perform with such a great entertainer, who in so many ways, transcended the culture. He broke barriers, he changed radio formats! With music, he made it possible for people like Oprah Winfrey and Barack Obama to impact the mainstream world. His legacy is unparalleled. Michael Jackson will never be forgotten.”

“I can’t stop crying over the sad news,” Madonna says. “I have always admired Michael Jackson. The world has lost one of the greats, but his music will live on forever! My heart goes out to his three children and other members of his family. God bless.”

Corey Feldman, who was once very close friends with Jackson, posted a statement mourning his old pal. “I come to you today with great sadness, acknowledging the loss of the greatest entertainer in the history of mankind. For me he was more than that, he was my idol, he was a role model, he was someone to cry to when my childhood was unbearable, he was a brother, he was a dear friend,” Feldman writes. In a statement Thursday afternoon Britney Spears said, “I was so excited to see his show in London. We were going to be on tour in Europe at the same time and I was going to fly in to see him. He has been an inspiration throughout my entire life and I’m devastated he’s gone!”

One thought on “Celebrities Issue Statements about Michael Jackson”