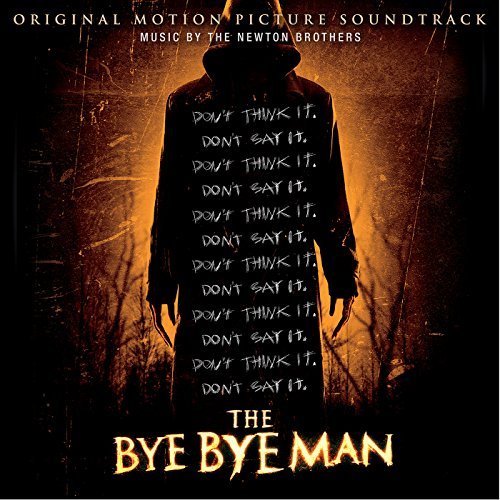 They quickly find themselves hunted by a supernatural entity called The Bye Bye Man who may be responsible for possessing various people and causing them to commit killing sprees throughout recent history. The students discover the origins of the Bye Bye Man and find that there is only one way to avoid his curse: don’t say or think his name, because once the Bye Bye Man gets inside your head, he takes control.

The Newton Brothers have built a reputation in creating visceral themes for thriller and horror film; for The Bye Bye Man, they expand on that reputation by incorporating the pulsating off beat sounds of a washing machine to the haunting sounds of a train whistle.

The Newton Brothers are willing to push the boundaries of film music. In addition to unique sonic experimentation, the two are accomplished musicians who can play piano, guitar, bass, clarinet, flute, accordion, sax, harmonica, percussion, organ, kazoo, and cello. They fuse their classical education with a skill and savvy in electronics and manipulated sounds to contribute distinct music to a diverse spectrum of film projects and capitalize on having two musical heads. The duo has collaborated with highly acclaimed composers: apprenticed under Hans Zimmer and co-scored with Danny Elfman on Mike Flanagan’s thriller, “Before I Wake.”