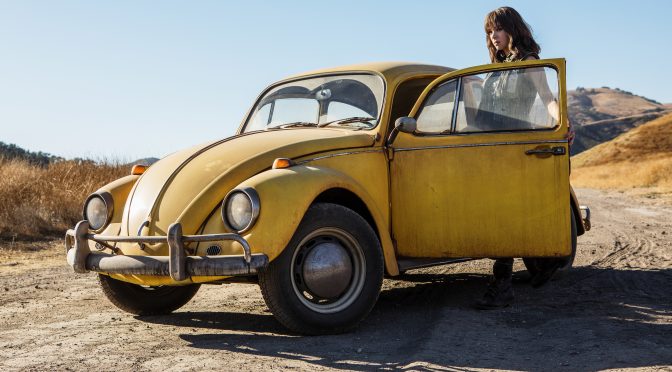 Bumblebee is the absolute best of the live-action Transformers movies – by a Volkwagen-wide margin.

The Blu-ray includes a host of bonus features (though not an audio commentary). 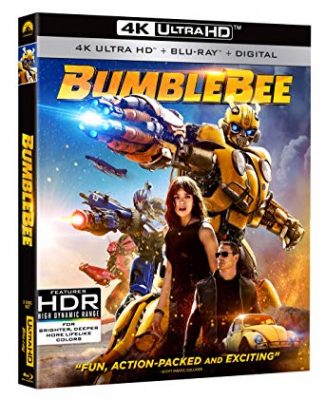 In Bumblebee, as Charlie, Hailee Steinfeld gives an Oscar®-caliber performance in a movie based on kids’ toys from the ‘80s.

Here’s what you need to know: after a brief prologue showing how Bumblebee found his way to Earth and became Charlie Watson’s (Hailee Steinfeld) Volkswagen Beetle, Bumblebee becomes a fast-paced, good-humored action flick that is filled with heart and action and a wee bit of pure craziness.

Bonus Features: Sector 7 Adventures: The Battle at Half Dome – a 16-page comic (continued on the Blu-ray); Sector 7 Archive: Agent Burns: Welcome to Sector; Sector 7 Adventures: The Battle at Half Dome (Complete); Nine Deleted and Extended Scenes; Outtakes; Bee Vision: The Transformers Robots of Cybertron; Beinging Bumblebee to the Screen: The Story of Bumblebee; The Stars align; Bumblebee Goes Back to G1; Back to the Beetle; California Cruisin’ Down Memory Lane.