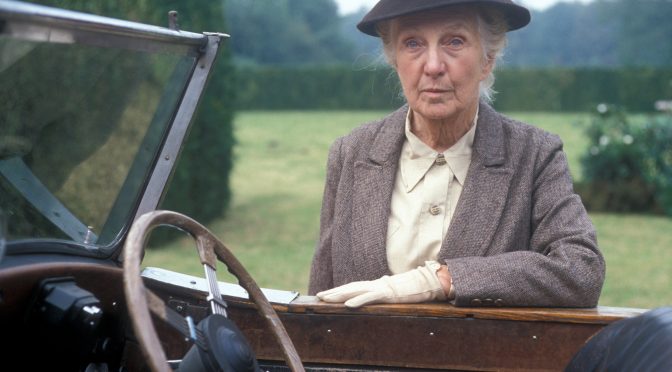 Britbox, the streaming site with the biggest collection of British TV in North America, has acquired the rights to the most comprehensive collection of Agatha Christie adaptations – from the multiple takes on Miss Marple to both David Suchet’s and Peter Ustinov’s Poirot – on the continent.

In all, nearly 200 million minutes of Agatha Christie have their home on Britbox!

Margaret Rutherford, Joan Hickson, Geraldine McEwan and Julia McKenzie reprisals of Marple all in the same home for the first time and David Suchet and Ustinov’s Poirot now together under one roof with nearly 200 million minutes of Christie titles – the most available anywhere in North America.

TORONTO, ON – May 19, 2020 – BritBox, the streaming service from BBC Studios and ITV offering the biggest collection of British TV in North America, has acquired the rights to several of Agatha Christie films, TV series and audio plays making the service the ultimate SVOD home of the #1 iconic mystery novelist of all-time.

BritBox will add to its already extensive offering, more seasons of Suchet’s Poirot and newly restored high definition versions of ITV’s Marple and Partners in Crime. Equally, the film adaptations of the novels will also be available in the coming months.

In the following months, higher definition versions of the ITV productions of Marple, audio plays and the classic Christie films will be released on BritBox.

“Only BritBox could create this Agatha Christie collection – working together with BBC & ITV to bring together all of these celebrated adaptations. As the home of Great British mysteries, we couldn’t be more proud to be the true home of the most beloved portrayals of Christie’s famous characters,” said BritBox President and CEO, Soumya Sriraman.

James Prichard, CEO and Chairman of Agatha Christie Limited, said “I am delighted to see all these shows available in North America on BritBox. They give a real flavour of the depth and quality of my great grandmother’s work and I am sure audiences will enjoy them.”

BritBox is available for $8.99 per month—after an introductory free trial period—on Roku®, Apple TV 4th Gen, Samsung, LG and all iOS and Android devices, AirPlay, Chromecast, and online at www.britbox.com/ca.

BritBox is a digital video subscription service offering the largest collection of British TV in the U.S. and Canada.  Created by two British content powerhouses—BBC Studios, the subsidiary arm of the BBC, and ITV, the UK’s biggest commercial broadcaster—the service features iconic favourites, exclusive premieres, and current series and soaps—most available within 24 hours after their UK premiere.  BritBox also offers expert curation and playlists that enable fans to easily find programs they know and discover new favourites via the web, mobile, tablet and connected TVs.