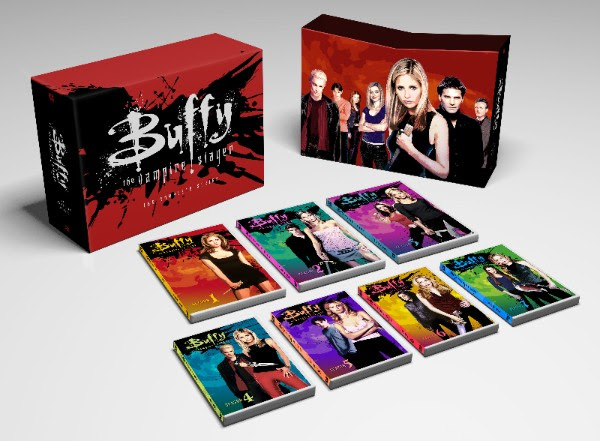 The folks at Fox Home video are releasing brand new box sets for Buffy The Vampire Slayer and Firefly. Fans who purchase the Buffy set will receive an official “Buffy” Comic-Book With Exclusive Cover and those who get the new Firefly Blu-ray set will get a “Firefly” Poster and Collectible Cards. Sadly there’s still no Buffy Blu-ray box, which is ridiculous considering an HD version of Buffy has been airing in Syndication for the last few years so we know it exists. I just hope they improve the SD quality because the original set had a horrible, nearly unwatchable transfer. 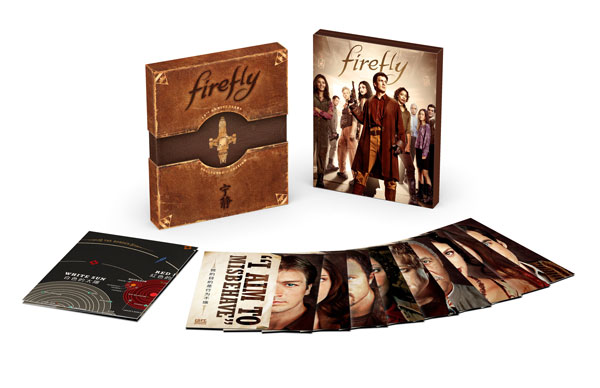 “Firefly” 15th Anniversary Collector’s Edition Blu-rayTM Boxed Set
Hang on for the ride of your life as you launch your imagination into a spectacular world of sci-fi action and rugged adventure from the genius mind of creator Joss Whedon! Set 500 years in the future in the aftermath of a universal civil war, Firefly follows Captain Malcolm Reynolds and his renegade crew of the transport ship Serenity – a fiercely loyal team ready to tackle any job, legal or not. But when they unwittingly take on a mysterious pair of travelers, they find themselves constantly on the run, desperate to evade Alliance authorities, flesh-eating Reavers and other hostile dangers in the darkest corners of space.